Lok Sabha Elections 2019: "AAP Was Trying To Be Over Smart", Says Kapil Sibal on Failed Tie-Up in Delhi

Elections 2019: AAP and Congress party were in talks for a possible alliance for long despite divisions in the latter. 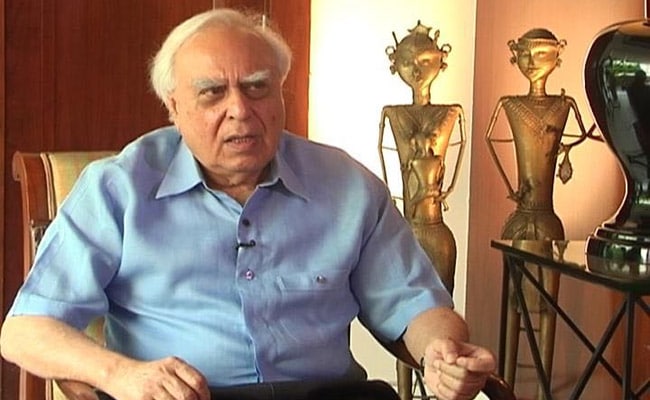 Aam Aadmi Party (AAP) leader Arvind Kejriwal was trying to be "over smart" while trying to forge an alliance with the Congress and this election will show "what his real position is in Delhi", senior Congress leader Kapil Sibal has said.

The former Lok Sabha member from Delhi's Chandni Chowk constituency said that the alliance would have helped both the Congress and the AAP if it were "limited" for Delhi.

"But he (Mr Kejriwal) was not interested. Basically, this whole maneuvering was done to expand his base beyond Delhi. That's the political objective. We can't fall prey to that. This election will show what his real position in Delhi," Kapil Sibal said.

He said, "AAP was trying to be over smart. They wanted to link alliance in other states with alliance in Delhi."

Mr Sibal was responding when asked how important it would have been for the Congress if it had forged a pre-poll alliance with the AAP, which is ruling Delhi after winning 67 out of 70 Assembly in 2015.

The two parties were in talks for a possible alliance for long despite divisions in the Congress.

Significantly, the AAP appeared to be keen than the Congress to have the alliance and its leader and Delhi Chief Minister Kejriwal attacked Congress president Rahul Gandhi after it could not fructify.

Mr Sibal said that the Congress was willing to have 4-3 seat-sharing adjustment in Delhi where 7 Lok Sabha seats are at stake. "And then they talked about Punjab, Goa. Then they gave up Goa and Punjab and stuck to Haryana. They have no presence in Haryana. Why should we agree with them in Haryana? They had alliance with new party JJP (Jannayak Janata Party). This is trying to be over smart, trying to be clever by half," the Congress leader said.

On being asked why he was not in the fray, he said, "I have a Rajya Sabha seat for the next three-years and if I win the Lok Sabha elections, then Congress can't get back that Rajya Sabha seat and numbers in Rajya Sabha are very important."

He also added, "Reason number 2 is I am doing a lot of cases which are taking place in the Supreme Court even today. So, I would not be able to attend those cases. If I am unable to attend, lawyers would have to be changed. These are matters which are ongoing."

He said that the third reason being of not fighting the elections is, "I am going to other states (for campaigning). I went to Gujarat, I went to Mumbai and am going to other places. So, I am saddled with those responsibilities. I can't do all that. So, I told them (party leadership), I am ready to fight but it is for you to decide."