A fierce activist who openly spoke for those on the margins, Gauri Lankesh did not tell her family about the threats. It was differences over her activism and pro-naxal stand that led to Gauri Lankesh's differences with her brother Indrajit.

NEW DELHI: Gauri Lankesh, the senior journalist and activist whose murder on the doorstep of her west Bengaluru house has provoked outrage across the country, had received hate messages from naxalites, her brother Indrajit Lankesh told NDTV, citing updates on the murder investigation that he has received from the police.

Gauri Lankesh headed a team of people that worked extensively for bringing naxals to the mainstream. "She succeeded in bringing a couple of them from naxalism to the mainstream. For that, she was getting some hate mails, hate letters," Mr Lankesh told NDTV, adding that this is one of the angles that the police are working on as they investigate the journalist's murder.

On Tuesday evening, Gauri Lankesh had just got out of her car and entered opened the gates to her home at around 8 when she was shot dead. CCTV footage shows a man wearing a helmet walk up to her and fire, the police said.

A fierce activist who openly spoke for those on the margins, Ms Lankesh reportedly did not tell her family about the threats. "She never told me, my mother, sister," said Indrajit Lankesh said, adding that Chief Minister Siddaramaiah told him that he had recently met Gauri Lankesh for over two hours.

"Even in that meeting, Gauri never told the Chief Minister that she is being threatened, that she is getting these hate mails," he said.

Her activism and pro-naxal stand led to differences between Gauri Lankesh and her brother, and eventually to her exit as editor of the Lankesh Patrike, the paper that their famous father P Lankesh ran till his death in 2000. Ms Lankesh had taken over as editor then, while her brother was the proprietor and publisher. 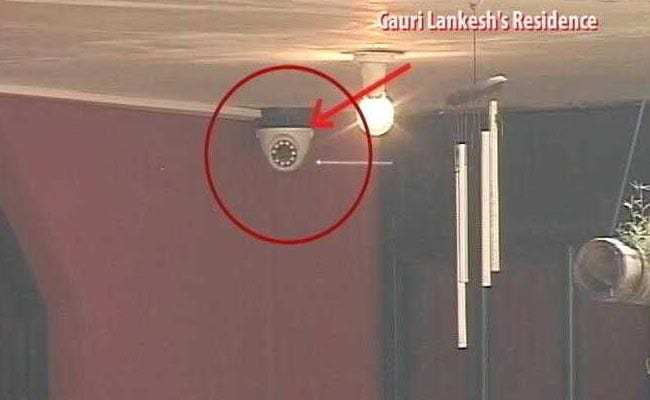 Indrajit Lankesh said an article that she had wanted to publish about naxal leader Saket Ranjan was the tipping point. He had refused to publish the interview.

"We had our ideological differences," he told NDTV but repeatedly underlined how he was proud and admired his sister.

"She was a firebrand and stuck to her ideology and I respected her ideology of the Left but it doesn't mean that I agreed with her ideology," Mr Lankesh, who has demanded a probe by the Central Bureau of Investigation into his sister's killers, said.

Promoted
Listen to the latest songs, only on JioSaavn.com
The murder has revived memories of the 2015 murder of MM Kalburgi, the 77-year-old former vice chancellor of Hampi University and the failure of the police to make any arrestsin this case, piling more pressure on the Karnataka police to hunt her killers.

Mr Lankesh cited the poor police track record in the Kalburgi killing to demand that the CBI rather than state police probe his sister's killing. On Wednesday, Chief Minister Siddaramaiah announced a special investigation team to probe Gauri Lankesh's murder.