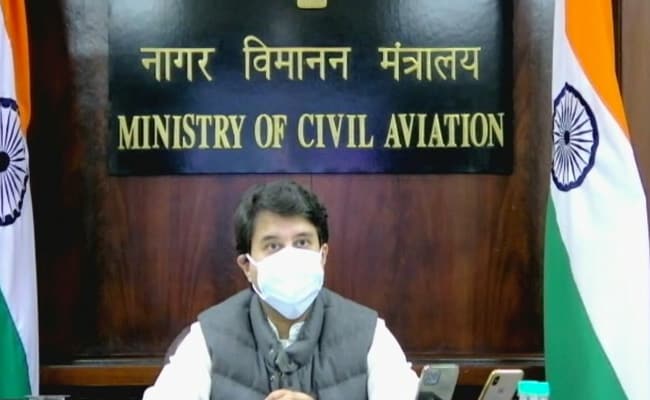 Gati Shakti is not a scheme, but it is an initiative, Mr Scindia said. (File)

The multi-modal connectivity envisaged under "PM Gati Shakti" will be achieved if the Centre and all the 36 states and Union territories work together, Aviation Minister Jyotiraditya Scindia said on Monday.

A total of 16 Union ministries, including the railways and the roadways ministries, have been brought under the plan.

"Gati Shakti is not a scheme, but it is an initiative, a foundation. But it will not be an exaggeration if I say that it is a 'brahmastra'," Mr Scindia said at an event.

It is a "brahmastra" (powerful weapon) that will take India to the destination that the country's forefathers dreamt about, he added.

Approximately 12-13 per cent of the country's GDP is spent on logistics currently, Mr Scindia noted.

A family is happy when every member carries out his duties, he said, adding that similarly, under Gati Shakti, 16 departments have been tied together so that each fulfills its responsibilities and uses resources judiciously to achieve its targets.

The National Master Plan will have a multiplier effect on the lives of people, the minister noted.

He said words like "gati" (speed) and "shakti" (strength) have been added to the country's dictionary after a gap of 70 years.

The investments made by the United States in multi-modal logistics in the last 100 years have turned it into a superpower, Scindia said.

"If we could bring all 36 states to work together and if we could develop coordination so that there is no delay in getting the requisite permissions, we will be able to achieve the aim of multi-modal connectivity," he added.