Garba is a high-energy folk dance which originated in Gujarat and is performed with passion and fervor at the auspicious Navratri festival. Garba originated from the Sanskrit word 'Garbha' which means womb. Dancers celebrating the Garba spirit dance in a circle around a big lamp or the statue of Goddess Shakti. The garba is a dance form often confused with Dandiya, another Gujarati celebration which is also performed during Navratri. Garba is performed in a circle to celebrate the cycle of life.

Bandhni dupattas are also worn by women for garba dance. Along with this, women also adorn themselves with jewellery, which consists of earrings, bangles and necklaces, among other pieces of jewellery. 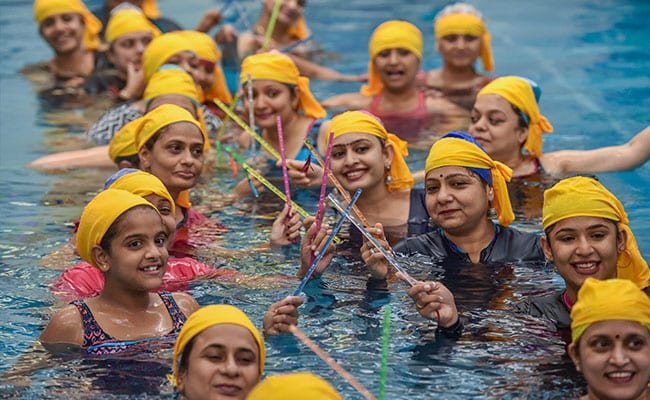 Another traditional Gujarati attire which men wear to celebrate garba are kafni pyjamas with a Ghagra, which is a short round kurta. Men also sometimes wear traditional colourful jackets to match their kurtas.

Dancers celebrating dandiya, which is another dance form performed during Navratri, also ensure the bamboo sticks they carry are beautifully painted with vibrant colours.