Garba Dance: Garba songs are usually themed around the nine forms of Goddess Durga and the dance is performed in a circle reflecting the cycle of life. 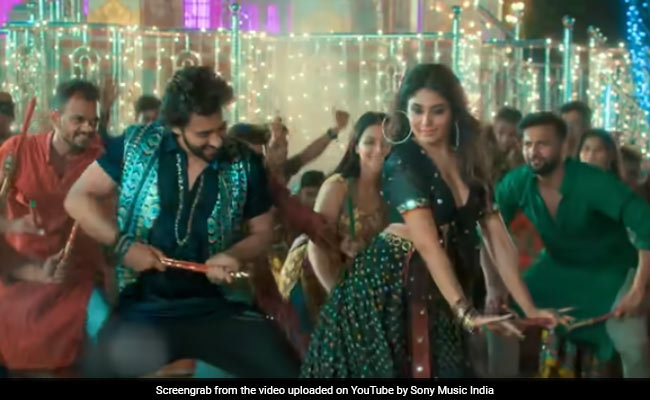 Gujrati Garba Songs: The song 'Kamariya' from the movie 'Mitron' is a high-tempo dandiya track.

The Navratri festival in North India is synonymous with Garba and Dandiya for many people. From Falguni Pathak to music composer duo Sachin-Jigar, many singers get busy during this festival performing at various events across the country.

Garba is a fun folk dance, performed during the Navratri festival. It has its origins in Gujarat and revolves around the theme of Goddess Durga. Garba songs are usually themed around the nine forms of Goddess Durga and the dance is performed in a circle reflecting the cycle of life.

Over the years, Bollywood has given numerous beats for people to dance on during this festival. While songs like 'Dholi Taro' from the movie 'Hum Dil De Chuke Sanam' and 'Kudi Gujarat Ki' won't fail you during this season, it is time to move over the same old songs and include some new beats to your dance playlist.

There is a huge interest in Garba among the youngsters and Gujarati diaspora. Garba and Dandiya Raas are also popular in the United States where 20 universities compete in professional choreography.