Read inOther Languages
This Article is From Oct 01, 2018

The Enforcement Directorate said Nirav Modi's seized properties, jewellery, flats and bank balances are in India, UK and New York among others.

Fugitive jeweler Nirav Modi's wealth and properties worth Rs 637 crore in India and abroad have been seized, the Enforcement Directorate said today. High-priced jewellery, luxe apartments and bank accounts stowing hundreds of crores have been taken over by investigators, in India and four other countries including UK and New York.

Nirav Modi, 47, wanted in a Rs 13,000 crore fraud in which fake guarantees in the name of the state-run Punjab National Bank (PNB) were used to extract overseas loans, is believed to be in the UK.

This is a rare case in which Indian agencies have seized properties abroad in a criminal investigation, said the agency. "Bringing back the proceeds of crime from a foreign jurisdiction is perhaps unique to Nirav Modi and Mehul Choksi case," said the Enforcement Directorate in a statement. Nirav Modi's jewellery had been shipped abroad after the CBI filed the first FIR against him.

The Enforcement Directorate's haul features exquisite diamond jewellery worth Rs 22.69 crore brought back to India from Hong Kong in 23 shipments. The jewellery had been shipped abroad after the CBI filed the first FIR against the celebrity jeweler in January.

It had allegedly been stashed in the vault of a private company in Hong Kong on behalf of Nirav Modi. The Enforcement Directorate says it was able to persuade the company to help bring back the jewellery to India. The stock value of the jewellery was declared around Rs 85 crores but an independent assessment brought it down to around Rs 22.7 crores.

An apartment in London worth Euro 6.25 million or Rs 57 crores and owned by Nirav Modi's sister Purvi Modi has been taken over. 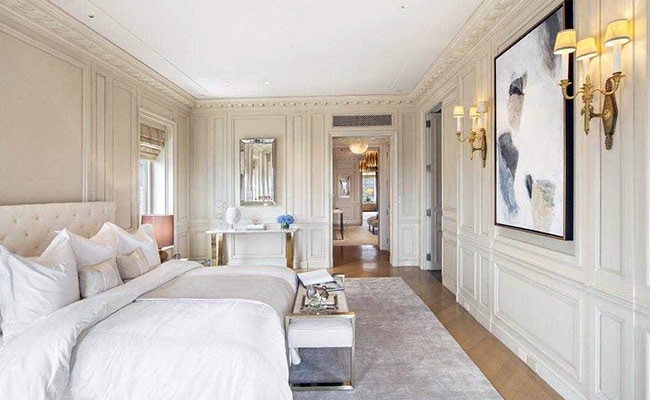 The property, Flat no 103, Marathon House, 200 Marylebone Road, was bought in 2017 in the name of Belvedere Holdings Group - which is linked to Purvi Modi. The money used to buy the flat was stolen funds from the Punjab National Bank (PNB), said the Enforcement Directorate.

Two lavish apartments worth $29.99 million or Rs 216 Crores in New York's Central Park area have been seized. The apartments were bought in the name of The Ithaca Trust for $25 million and $4.99 million. The beneficiary of "The Ithaca Trust" is Ami Modi (Nirav Modi's wife) and her children.

The money swindled from PNB, say investigators, was layered extensively and kept tied up in multiple jurisdictions like Dubai, Bahamas, USA, Singapore. There are only very few cases where Indian agencies have attached assets abroad in a criminal probe.

Back home, a flat in south Mumbai worth Rs 19.5 crore in the name of Purvi Modi has been attached. The deed for the flat was signed by Neeshal Modi, her brother.

Five accounts with Rs 278 crores have been attached. These accounts belonged to Nirav Modi, Purvi Modi and their companies.

A bank account belonging to an investment company registered in British Virgin Island and owned by Purvi Modi and Maiank Mehta in Singapore, with Rs 44 crores balance, has been taken over.

During investigations it was found that most of the money was transferred to these accounts after the scam surfaced.

Forbes had estimated Nirav Modi's worth at $1.73 billion, placing him 85th on India's rich list. He has now been removed from the ranking. In February and March, the Enforcement Directorate seized Nirav Modi's farmhouse, high-end antique jewellery, watches and rare paintings.

Earlier, agencies had to rely on a tedious and long process to get any information or help from a foreign country. The anti-money laundering Act says any decision by courts in India to seize property from proceeds of crime have to be accepted by international courts, as long as they have treaties with New Delhi.