Atul Vaidya had been convicted in the massacre case for seven years in prison. The court had, however, dropped conspiracy charges against him. 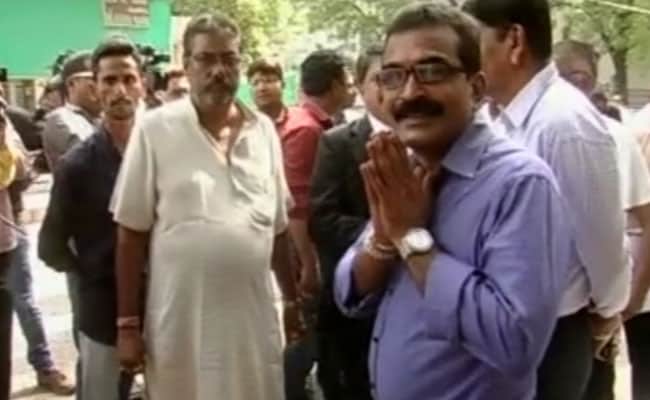 Ahmedabad: A year after he was convicted along with 23 others in the Gulbarg riots case of 2002 in which 69 Muslims were killed, former VHP leader Atul Vaidya was today granted bail by the Gujarat High Court.

The Gulbarg case was one of the nine riots cases of 2002 which was entrusted to the Supreme Court-monitored Special Investigation Team or SIT. A special designated court had convicted 24 accused while letting off 36 other accused.

Vaidya had been convicted in the massacre case for seven years in prison. The court had, however, dropped conspiracy charges against him.

Vaidya had appealed against the judgement and had subsequently moved the Gujarat High Court for regular bail. "The court has ruled that since his appeal against his conviction is pending and he had been sentenced for a lesser time and also spent a year in prison, he should be granted bail," said Rahul Dholakia, Vaidya's counsel.

But the counsel for Gulbarg riot victims are upset at the regular bail that Vaidya has got. "We had also filed an appeal against the special court order requesting for enhancement of sentence for Vaidya. We had argued that he was part of the conspiracy and his sentence should be enhanced. But even before that is to be heard, we are disappointed that he has been granted bail," said the advocate for victims, SM Vora.

It is not for the first time a high-profile accused have been released on bail. Former BJP minister Maya Kodnani, who was convicted in Naroda Patiya massacre case in which 97 Muslims were killed, was granted bail in 2014 on health grounds. Another convict, Babu Bajrangi, has been released on temporary bail at least eight times ranging from seven to 15 days due to either his or his wife's health. A convict in the Naroda Patiya case, Manoj Kukarani, was given temporary bail for a week by the High Court on the grounds of health.

Promoted
Listen to the latest songs, only on JioSaavn.com
Vaidya is the first convict in the Gulbarg case to have been released on regular bail.

The Special Investigation Team which was given the task to re-investigate Gulbarg riot case is planning to appeal against the bail order. It had lost an appeal against Maya Kodnani's bail in the Supreme Court earlier.