'Mujhe Maaf Kar Do', Wept Ram Rahim, Had To Be Dragged Out Of Court

Ram Rahim, found guilty of raping two followers in 2002, was sentenced at a jail in Rohtak where he had been flown into on Friday. Gurmeet Ram Rahim Singh has been sentenced to 20 years in jail in a rape case.

Rohtak: As a judge sentenced him to 20 years in jail today, self-styled spiritual guru Gurmeet Ram Rahim Singh refused to leave the courtroom and wept, begging for leniency. "Mujhe maaf kar do (forgive me)," pleaded the flamboyant chief of the Dera Sacha Sauda sect, who claims a legion of followers.

The moment the sentence was announced, he broke down, fell to the floor and cried.

"Main begunah hoon (I am innocent)," he wailed before being led out of court by commandos.

Known for his weakness for rhinestone, sequins and bling, the baba - prisoner number 1997 - was taken for a medical examination after which he would be given standard issue prison wear. Gurmeet Ram Rahim Singh has a penchant for leather and rhinestones.

Ram Rahim, found guilty of raping two disciples, was sentenced at the Sunaria jail in Rohtak where he had been flown in by a special chopper on Friday.

The CBI asked the court to increase his jail term, arguing that he deserves a tougher punishment for sexually exploiting his followers. 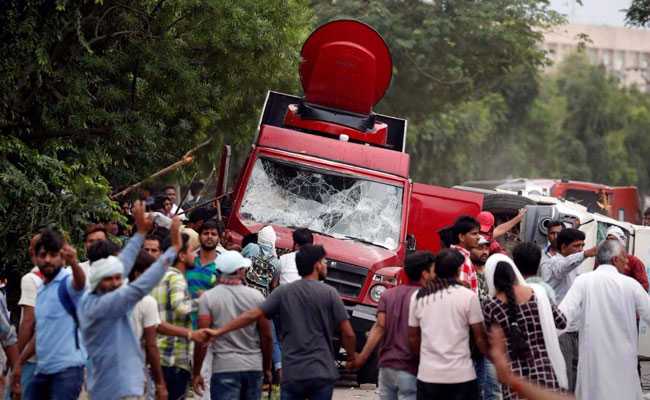 CBI Judge Jagdeep Singh arrived by a special chopper from Panchkula to Rohtak, where a helipad was set up, besides a special courtroom inside the jail.

Promoted
Listen to the latest songs, only on JioSaavn.com
On Friday, 50-year-old Ram Rahim's conviction triggered deadly violence by mobs of Dera supporters in Panchkula - where the court announced its decision - Sirsa, the main base of the sect, and other towns in Haryana and neighbouring Punjab. The police say 38 people were killed in the violence. 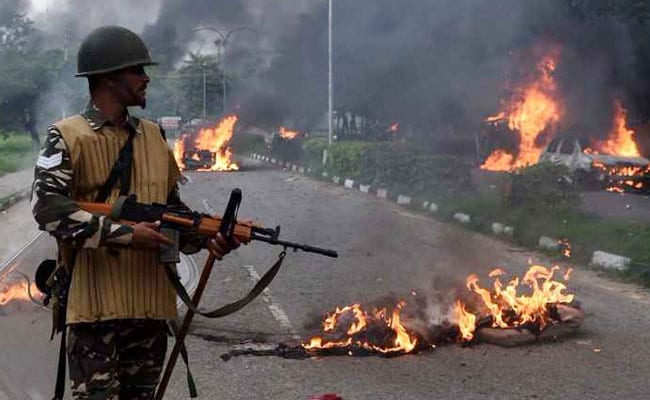 The highest degree of security was in place at Rohtak for the sentence, with a police officer saying his men were ready to shoot at any sign of trouble.

Ram Rahim, known to inspire extraordinary devotion among tens of thousands, has been convicted of raping Sadhvis or two women disciples in his room in the sprawling 1000-acre Dera campus in Sirsa, called the "gufa (cave)". He was also found guilty of intimidating them. The CBI started investigating the case after an anonymous letter by one of the women to the then Prime Minister Atal Bihari Vajpayee and others detailed her experience. A journalist who investigated the letter was killed.

"Threat To Life If Trials Proceed In Mumbai": Kangana Ranaut To Top Court