The documentary's title is a nod to Arvind Kejriwal's outsider status: He was a joint commissioner in the income tax department in New Delhi before he became involved in the rough and tumble of party politics. 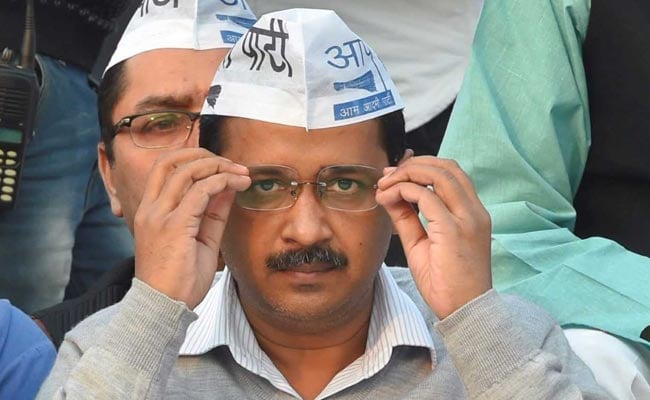 The documentary's title 'An Insignificant Man' is a nod to Arvind Kejriwal's outsider status. (File)

New Delhi: Can a single-issue protest party come to power? The answer, as shown in "An Insignificant Man, "a new documentary by first-time filmmakers Vinay Shukla and Khushboo Ranka, is a resounding yes.

But can a protest party become something more once in power? The answer to that, as shown by everything that happened since they stopped filming, is a bit more complicated.

"An Insignificant Man," released by Vice in the United States this week, is a behind-the-scenes chronicle of the rise of anti-corruption party Aam Aadmi Party, or AAP, and its leader, Arvind Kejriwal. They were "nobodies on this political circuit," Ranka said, yet managed to dethrone the powerful Congress Party in Delhi in 2013. That they were nobodies at the time filming began was fortuitous: Shukla and Ranka were allowed to be flies on the wall everywhere from war room meetings to rallies to TV filmings, amassing almost 400 hours of footage.

The documentary's title is a nod to Kejriwal's outsider status: He was a joint commissioner in the income tax department in New Delhi before he became involved in the rough and tumble of party politics.

"The idea of insignificance is used in contemporary politics very often by people across the spectrum," Shukla said. "People who call themselves outsiders to the system. Bernie Sanders. Donald Trump." These politicians, Shukla said, claim they will become significant by virtue of who and what they represent.

In a sense, Kejriwal has become very significant indeed: He is the chief minister of Delhi, a territory of roughly 25 million people. The problem he's discovered since 2013 is turning that regional, single-issue focus into a truly national political movement.

Kejriwal and the AAP have several big challenges. Saddled with the responsibilities of actually governing - Kejriwal is busier battling toxic smog than trying to make the AAP a national power to be reckoned with - the party simply has its hands full.

Right now, "getting Delhi right" is the AAP's "primary obsession," said Milan Vaishnav of the Carnegie Endowment for International Peace, which means that they can't also work to grow into a true national movement. "The AAP remains an upstart party," he said.

It's also very much still a one-man show. Shades of this can be seen in the documentary - for example, when, against the wishes of his volunteers, he insists on picking candidates himself. In 2015, two years after the heady days featured in the documentary, Kejriwal consolidated power for himself and purged leading intellectuals from the ranks, noted Vaishnav.

"With each passing year, the AAP more closely resembles a 'normal' political party in India," he said. 'Normal' in the Indian context means iron control at the top. "Like other parties, it has shown little appetite for internal dissent, despite its rhetoric to the contrary," Vaishnav said.

And that consolidation of power has worked to limit the party's national chances, says Rick Rossow of the Center for Strategic and International Studies.

"Kejriwal has a very difficult time sharing powers with others," he said. "How do you run Delhi and expand the party?"

There's one other headwind for the AAP, which swept into office with an anti-corruption message that resonated precisely because the Congress Party was in power and notable corruption scandals were everywhere. But nobody's hung any major corruption scandals on Prime Minister Narendra Modi or his inner circle, Rossow said.

Promoted
Listen to the latest songs, only on JioSaavn.com
That "takes a bit of steam away" from a party built to focus on that one issue, he said. That could change if Modi loses and Congress comes back into power - but Modi's BJP held on to power in the key state of Gujarat this week, suggesting to some a comfortable hold over the national body politic, and an even rockier road ahead for a not-so-insignificant man.