For Punjab Contest, Congress Counts On 'Coffee With Captain'

Congress is locked in a triangular fight for the Assembly elections due next year in Punjab.

Chandigarh: In the land of lassi, the Congress is placing its bets on coffee.

Credited with scripting successful election campaigns during the Lok Sabha polls for PM Narendra Modi and Bihar elections for Nitish Kumar, political strategist Prashant Kishor and his team have launched the Congress campaign in Punjab with a campaign called 'Coffee with Captain'.

Out of power for 10 years now, the party hopes the campaign to score a coffee date with state Congress president Captain Amarinder Singh will attract young voters.

"Times have changed. A lot of our rural population are non-resident Indians. They drink coffee, they serve coffee to their relatives when they are here. The world has become a village." Captain Singh said. 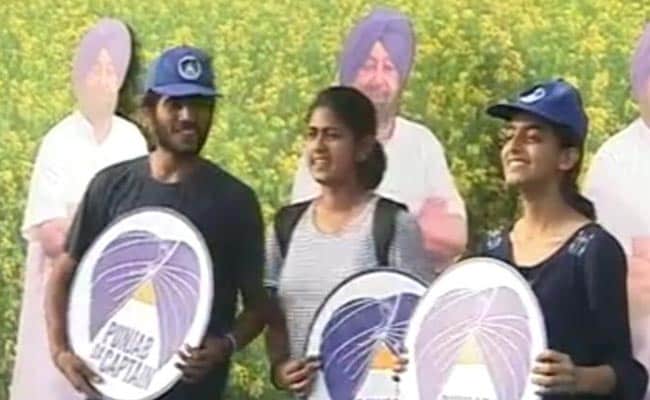 Locked in a tough triangular fight in the Assembly Polls due early next year, the Congress hopes to counter the Aam Aadmi Party's growing popularity among the youth. And some college goers do like the idea.

Sandhya, a college student, finds the idea unique. "It is good that Captain sir is getting to know what we think. What are our concerns about the nation, our state. It is a very attractive way," she said.
But opponents say the idea is too similar to PM Modi's 'Chai Pe Charcha' campaign during the 2014 national elections, and won't fetch much points.

"Congress is no match to us. There is no contest with them. Even the tally of Akali Dal will not reach double digits,"  said Bhagwant Mann, the AAP lawmaker from Sangrur.

But the Congress believes a lot can happen over a cup of coffee.

After foraying in Amritsar and Chandigarh, it's now taking the programme to cities like Ludhiana, Patiala and Jalandhar.