Flipping Through The Pages Of Karisma Kapoor's Holiday Album

Inside Karisma's holiday in the French Riviera 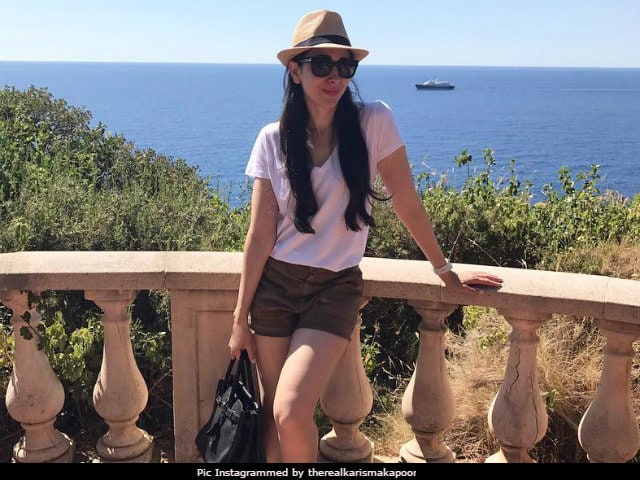 New Delhi: Karisma Kapoor is vacationing in the French Riviera and is having the time of her life, there's proof on Instagram. The 43-year-old actress seems to have taken a trip to Europe to celebrate her 43rd birthday and is filling up her holiday album with envy inducing pictures. In her recent pictures on Instagram, Karisma looks uber chic in brown shorts, a pastel tee, a pair of embellished shoes, and a hat and sunglasses of course, for the sun. Holiday or not, Karisma is always up for healthy eating, like she started her day with a bowl of chia pudding. Karisma Kapoor blew out 43 candles on June 25 and thanked her fans and followers for the wishes on social media.

In between her vacation photos, Karisma shared one with her children - daughter Samiera and son Kiaan.

In more pictures, Karisma was spotted exploring round in the pebbled streets along the Mediterranean coastline. She also enjoyed the sun and the sea in style and we could not take our eyes off her. A ride in a vintage car, some wine, and stunning views are just some of the elements of a perfect getaway - all of which Karisma checked off her list.

Last week, Karisma sent her love all the way from London. She was with socialite Anu Dewan, simply catching up over ice cream in a park.

Meanwhile, Karisma is rumoured to dating Mumbai-based businessman Sandeep Toshniwal. Karisma and her former husband, Sanjay Kapur, officially divorced in 2016 after living separately for a while. Karisma Kpaoor is best known for films like Raja Hundustani, Dil Toh Pagal Hai and Zubeidaa and is expected to feature in a cameo in Judwaa 2, which is a remake of her 1997 film with Salman Khan.
Comments
Karisma KapoorFrench Rivieravacation