A major fire broke out Tuesday evening at a building situated inside the Mata Vaishno Devi temple complex in Katra in Jammu and Kashmir's Reasi district.

The fire - believed to be the result of an electrical short circuit - broke out around 4.15 pm inside a cash counting room in Kalika Bhavan, which is adjacent to the sanctum sanctorum. It burned for about 45 minutes before being brought under control at around 5 pm. No deaths have been reported.

The building suffered significant damage; visuals from after the fire was put out showed it had been completely burned down. Officials say some cash and documents were destroyed.

"We got a call around 4.30 pm. Initial reports suggest the fire broke out due to electric (short)circuit," Shailender Singh, the Senior Superintendent of Police for Reasi district, told NDTV.

"SHO (Station House Officer) Reasi rescued people who trapped inside the fire. Some suffered minor injuries and are getting medical attention," he added.

SSP Singh said the CEO of the Vaishno Devi Shrine board had reached the spot and was assessing damages. "We will know what caused the fire after further investigation," he said. 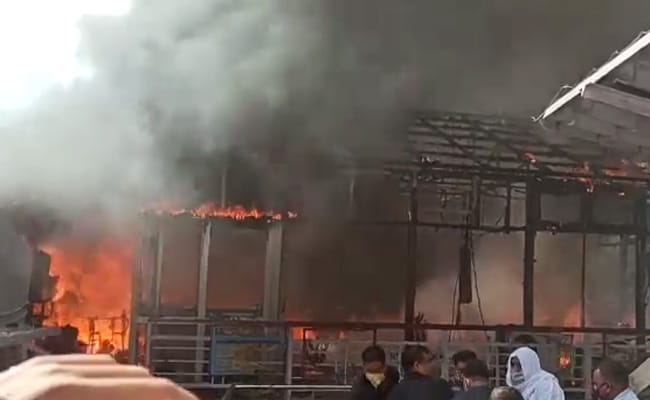 The fire broke out inside a cash counting room

The initial alarm had been sounded by CRPF personnel stationed there, news agency PTI said. 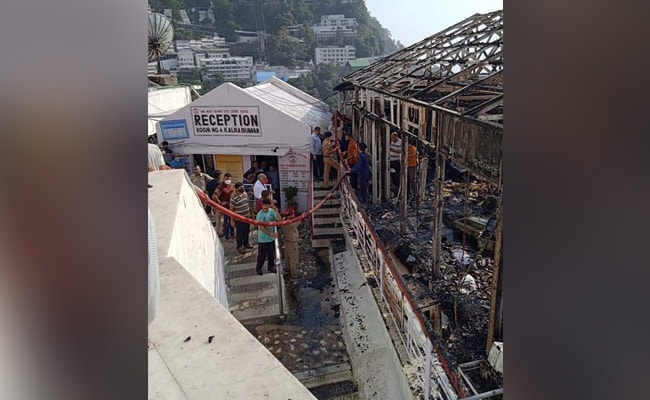 Officials said the fire began at around 4.15 pm and was put out by 5 pm

Visuals from earlier in the day were posted on Twitter and showed a huge plume of black smoke pouring out of the top floor of a building.

Union Minister of State Jitendra Singh said he had spoken to the Reasi District Collector and been told the situation was being resolved.

"Spoke to DC Reasi, S Charandeep Singh, just now and inquired about the fire that broke out near the Vaishno Devi shrine some time back. Thankfully, everything brought under control. No major loss reported. However, keeping a close track for the next few hours," he tweeted.

Spoke to DC #Reasi, S. Charandeep Singh just now and inquired about the fire that broke out near the #VaishnoDevi shrine some time back. Thankfully, everything brought under control. No major loss reported. However, keeping a close track for the next few hours.