Fire At High-Rise In Mumbai Under Control, No One Injured: Officials

Mumbai Fire: The fire is confined to the seventh and eighth floor of the building. Huge flames and smoke are seen billowing out of the windows of the floors. 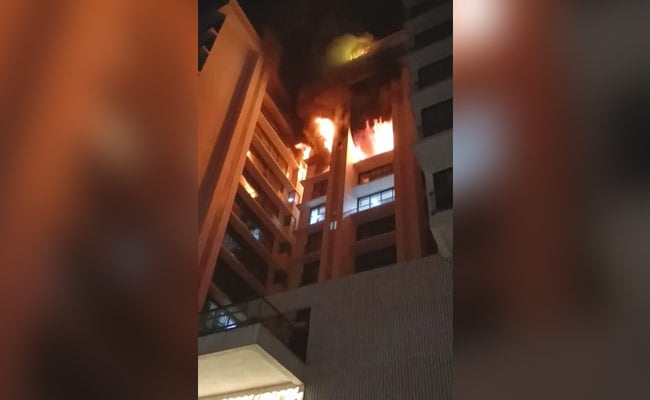 Mumbai Fire: There are no reports of any casualty as of now.

A massive fire that had broken out at a residential building in Mumbai's Vile Parle West area on Sunday evening, has been brought under control, officials said. Around 8-10 fire engines were at the spot to conduct the firefighting operation. Many people were feared trapped on the seventh and eighth floors of the 13-storey building, but no one sustained any injury.

The fire at Labh Shrivalli building was reported at around 7:10 pm, and fire engines arrived at the scene within minutes.

The fire was confined to the seventh and eighth floor of the building. Huge flames and smoke were seen billowing out of the windows of the floors.

Urban planners say Mumbai has become a tinderbox after several deadly fires have been reported over the last few years. Earlier this month, 20 people were rescued after a fire broke out at a 12-storey building. In October, a 22-year-old man had died and six others were injured in a fire at a commercial complex.

In 2017, a fire at two rooftop restaurants -- Mojo's Bistro and '1 Above' -- at Kamala Mills Compound in central Mumbai had claimed 14 lives.