FIR Against Medanta By An "Extortionist", Says The Hospital

Medanta Hospital: The FIR against Dr Naresh Trehan had been filed by a man named Raman Sharma, who, according to the hospital, was himself named in a police complaint of extortion in 2015 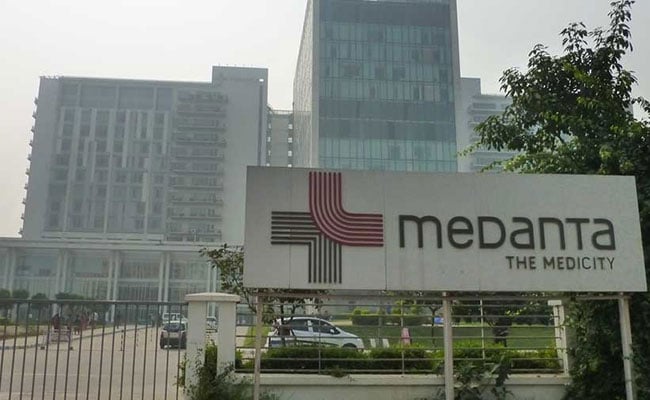 Medanta Hospital, among the country's finest healthcare centres, has said an FIR or police case filed against it and its chairman, Dr Naresh Trehan, is due to "an individual who has managed to get news space with irresponsible and frivolous accusations, without any scrutiny of his claims."

The FIR had been filed by a man named Raman Sharma, who, according to the hospital, was himself named in a police complaint of extortion in 2015.

Last week, an FIR or police complaint was filed against the hospital and its chairman, renowned cardiologist Dr Trehan.

Mr Sharma managed to get a court in Haryana to order the cops to register it by withholding crucial information that two earlier attempts by him had failed in Delhi courts, the hospital alleged.

Mr Sharma claims to be an RTI activist. He says the land was acquired from locals in 2004 by government officials who later bent the rules to favour Medanta and Dr Trehan, who is its co-founder.

The Delhi High Court, dismissing his version of events, said his allegations were "vague, unspecific and not even a single incident with sufficient detail has been mentioned in the entire complaint."

He then approached a court in Haryana which ordered the FIR, which, the hospital said, he managed only by withholding crucial information from the court about his failed earlier attempts.

We are shocked to see the allegations against Medanta Hospital and its Chairman, by an individual who has managed to get news space with irresponsible and frivolous accusations, without any scrutiny of his claims. While Medanta has always let our work and commitment to healthcare speak for itself, we feel compelled to set the record straight with what we see appearing as news items in the past few days.

An individual, Raman Sharma, claiming to be an RTI activist, but as reported by the media, has been accused of extortion, has made completely false and baseless allegations against our Chairman and others. The allegations are absurd, and in fact, what has been overlooked is that Raman Sharma had previously filed two cases, identical to this one, in Delhi, one in Patiala House Court and one in the Delhi High Court. Both these cases were dismissed, and the judge rejected his allegations as "vague, unspecific and not even a single incident with sufficient detail has been mentioned in the entire complaint."

After failing in the courts in Delhi, he went to the District Court in Gurugram. He did not disclose to the Court in Gurugram that a full enquiry had already been completed and it was found that the allegations were baseless. This is how he mischievously misled the court into passing an Order in his favour, which should never have been passed.

Raman Sharma has been accused of extortion in 2015 and an FIR was registered against him (FIR 0548 dated 10/10/2015 at the Central Police Station, Faridabad). Extortionists have found a fertile breeding ground, while claiming to be RTI activists. The fact that the allegations in his complaint pertain to the 16-year-old land allotment on which the hospital is built demonstrates this. We pride ourselves in strong principles of governance and financial transparency. The allegations in the complaint are nothing short of absurd.

We are in the midst of a global pandemic. Many of our doctors, including our Chairman, despite being over 65 years of age, continue to tend to their patients selflessly, in the face of this pandemic, putting themselves at risk every day to serve others. We are pained that in the midst of the courage they demonstrate every day, they are forced to address completely malicious and false allegations.

Despite the harassment from certain individuals, we shall continue to focus our energy and resources on saving lives and providing healthcare, especially at time when it has never been more important than it is now.