The first draft of the NRC was released on the intervening night of December 31 and January 1. 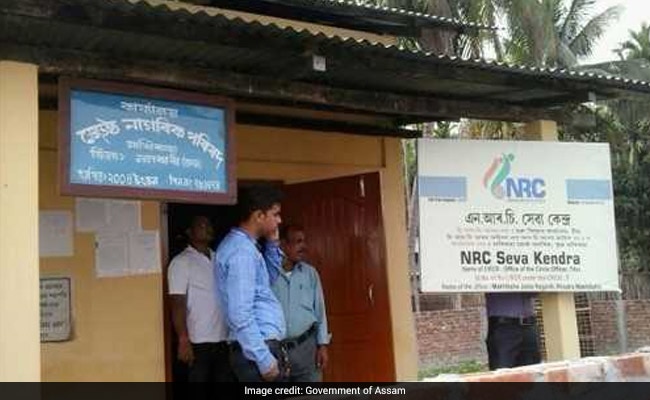 Assam is the only state that has an NRC. (File)

The final draft of Assam's National Register of Citizens (NRC) will not be released on June 30, as scheduled, due to the heavy floods in the Barak Valley, NRC state coordinator Prateek Hajela said in Guwahati today.

He added that a petition was filed in the Supreme Court last week, seeking more time to prepare the draft and the top court had fixed the date of hearing on July 2. The NRC is being updated under the Supreme Court's supervision.

It would not be possible to publish the draft on the scheduled date of June 30 due to the flood situation in Cachar, Karimganj and Hailakandi districts in the Barak Valley, parts of Karbi Anglong and Hojai, Hajela said.

"We tried our best to complete (the draft) within the deadline and recover the time lost due to the floods, but were not able to do so," he told reporters in Guwahati.

"We have made considerable progress in the last few days and will most likely be in a position to publish the draft on the next date fixed by the Supreme Court," Mr Hajela added.

Replying to query, he said adequate precautions were being taken to ensure the safety of the documents in the flood-affected areas.

Meanwhile, security across the state has been stepped up ahead of the publication of the draft and the state government has sought more security forces from the centre to prevent any untoward incident.

A team of senior government and police officials, led by Chief Secretary T Y Das and Director General of Police (DGP) Kuladhar Saikia, has held four meetings in the lower and central Assam districts to review the law-and-order situation.

Deputy commissioners, superintendents of police, other senior officers of the police, army and paramilitary forces attended those meetings.

Earlier in the day, Chief Minister Sarbananda Sonowal said the names of all "genuine Indians" would be incorporated in the list of the state's citizens.

He also ruled out any possibility of violence after the publication of the NRC, saying adequate forces were deployed across the state to deal with any situation.

The first draft of the NRC was released on the intervening night of December 31 and January 1, in which the names of 1.9 crore of the 3.29 crore applicants were incorporated. The verification of the second draft was completed by May 31.

Assam, which faced an influx of people from Bangladesh since the early 20th century, is the only state that has an NRC, which was first prepared in 1951.

The current exercise started in 2005 under the then Congress regime and got a major push after the BJP came to power in the state with illegal immigration from Bangladesh as one of its poll planks.