It is the responsibility of the state governments to prevent attacks in the name of cow protection, Union Minister of State for Home Hansraj Ahir said in the Lok Sabha 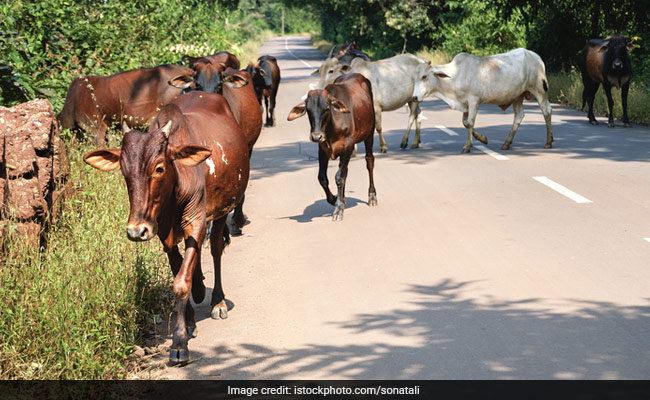 New Delhi: The centre has asked the state governments to file police complaints whenever people break the law in the name of cow protection, union Minister of State for Home Hansraj Ahir said in the Lok Sabha today.

He said it is the responsibility of the state governments to maintain law and order and prevent attacks on cattle traders, dairy farmers and people belonging to the minority community.

The centre has issued an advisory to the state governments seeking compulsory filing of police complaints or First Information Reports (FIRs) against those who break the law in the name of cow protection, Mr Ahir said, replying to a written question in the Lok Sabha.

Last week, Prime Minister Narendra Modi had also asked the state governments to take "stringent action against anti-social elements". PM Modi, while criticising alleged attempts to politicise the issue, had sought the support of opposition parties in preventing "communal violence" in the name of cow protection.

The Shiv Sena, BJP's Maharashtra ally, on July 4 had said lynching in the name of cow protection was against Hindutva and asked PM Modi to frame a policy for tackling the issue.

Promoted
Listen to the latest songs, only on JioSaavn.com
"The issue of beef is related to eating habits, business and employment. Hence, there should be a national policy over the issue," an editorial in Shiv Sena's mouthpiece Saamana had said. "Those who were safeguarding cows were Hindus till yesterday. Today, they have become murderers," it said.

Under criticism over lynching of those suspected of killing cows or eating beef, BJP President Amit Shah recently called such incidents "serious"; however, he said similar incidents have happened under the previous governments.