AAP leaders have opposed the move to set up temporary prisons for farmers. 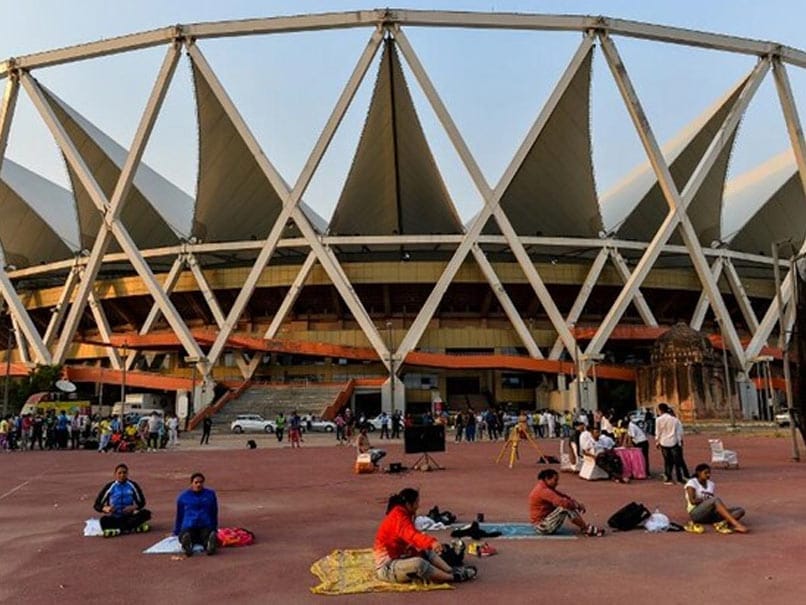 Delhi Police is trying to stop the protesting farmers from entering the city.

The Delhi government today refused permission to the police to use the city's nine stadiums as temporary jails to house protesting farmers' from Punjab and Haryana who enter the city as part of their ongoing "Delhi Chalo" march, reports said on Friday.

"The farmers' demands are legitimate. Jailing them isn't the solution to the issue. Their demands must be accepted," Delhi Home Minister Satyendra Jain said today.

"This protest is non-violent. Non-violent protest is every Indian's right. So the Delhi government has refused the Delhi police's request," Mr Jain said.

Earlier in the day, Delhi Police had sought the state government's permission to use the city's nine stadiums as temporary jails to house protesting farmers. "In view of the farmers' march, Delhi Police has asked the Delhi government for permission to use nine stadiums as temporary jails to keep the detained or arrested farmers," a source told PTI.

The Delhi Police demand came as thousands of farmers, protesting the Central government's new farm laws, moved closer to Delhi over the past two days, undeterred by police barricades, tear gas, and water cannons deployed to stop them.

However, leaders of the Aam Admi Party (AAP), which rules Delhi, objected to any move to jail the farmers.

AAP MLA Raghav Chadha, who is also the party's national spokesperson, on Friday defended their right to protest and opposed any move to set up temporary prisons for them.

I urge the Delhi Govt to deny permission for setting up temporary prisons. The farmer of our country is neither a criminal nor a terrorist.
Right to protest peacefully is enshrined in Indian Constitution - Article 19(1) and protests are the hallmark of a free, democratic society. https://t.co/cqMvEb181r

Saurabh Bharadwaj, another AAP spokesperson, referred to the Delhi police's request saying "it is the most inhuman thing we can do".

I think it's a most inhuman thing we can do to our farmers. Delhi Police should stop calling themselves- दिल वाली पुलिस https://t.co/bqBH3MDcWB

On Friday, the police used tear gas to disperse the protesters at the Delhi-Haryana border in Singhu. The farmers were headed towards the national capital as part of the march. There is a heavy deployment of security personnel, sand-laden trucks, water cannons, and barbed-wire fencing at spot to prevent them from entering the city, PTI reported.

After Aparna Yadav, Another Akhilesh Yadav Relative To Join BJP