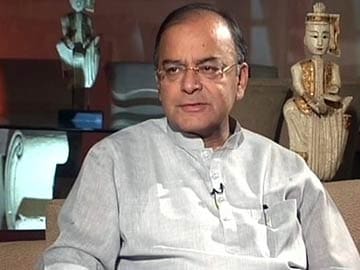 Over 1,000 people were killed after troops entered Sikhism's holiest shrine in Amritsar, Punjab, to flush out militants holed up there. Five months later, in retaliation, Mrs Gandhi was assassinated by her Sikh bodyguards.

Labour MP Tom Watson says recent documents released in the UK reveal that Margaret Thatcher secretly loaned assistance to India in planning the controversial operation.  He said the UP government must explain whether these documents are authentic and whether there are others that have been "suppressed or withheld." (Did UK help Indira Gandhi plan Operation Bluestar, asks Labour MP)

British Prime Minister David Cameron has ordered an inquiry. In India, the controversy was seized by the opposition. (Read more...)

"If the British Government was being consulted in February 1984, it only lends credence to the fact that government of India neither believed in nipping the problem at the initial stage nor in exploring alternative methods of evacuating the extremists from the Golden Temple. It wanted to invade the sacred precincts of the Golden Temple, even if it meant hurting national interests and, certainly, the interests of the Sikhs,'' Mr Jaitley wrote in a Facebook post today. (Read Arun Jaitley's Facebook post)

Lieutenant General (retd) KS Brar, who was in-charge of the operation, however, said the reports of Britain's involvement is 'fictitious.'

"I was in charge, I would know. This was an operation completely carried out by the Indian army, there was no outside involvement," Lt General Brar told NDTV.

Promoted
Listen to the latest songs, only on JioSaavn.com
India today said it will take up with Britain the allegations that threatened to snowball into a major political controversy. "We are going to take up this matter with our UK counterparts. These are only reports and we don't have any factual information with us," Syed Akbaruddin, Ministry of External Affairs' spokesperson said.

Naresh Gujral, an MP of Punjab's ruling Akali Dal, demanded a probe by a retired Supreme Court judge. "It is very disturbing for the Sikh community. I am astounded by the disclosure that the government invited foreign agencies to meddle in our internal matters,'' he told reporters.