Independent directors on company boards will soon have to clear an exam before they can be appointed, said Injeti Srinivas, the top bureaucrat in charge of corporate affairs. 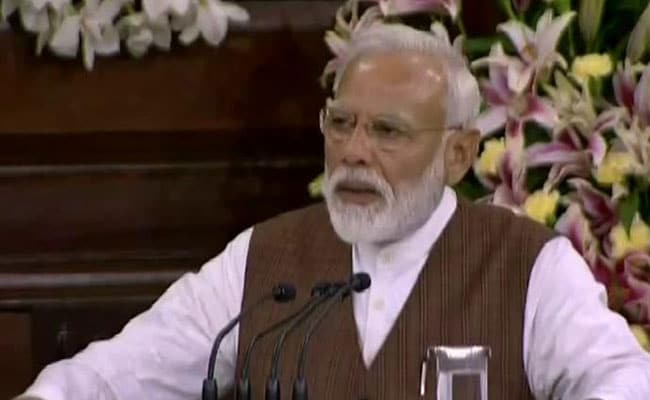 Narendra Modi, who recently won a second term as India's prime minister, is looking to overhaul the nation's corporate governance system that allowed a string of frauds to mar his first stint in office.

Independent directors on company boards will soon have to clear an exam before they can be appointed, said Injeti Srinivas, the top bureaucrat in charge of corporate affairs. The government is also seeking a ban on Deloitte Haskins & Sells saying it failed to warn of mounting risks at a major shadow lender, and the banking regulator suspended an EY affiliate this month after finding problems in one of its audits.

Who will watch the watchdogs has become a burning question in India, which has in the past year charged a jeweler with defrauding a state-run lender of more than $2 billion, seen defaults at non-bank financiers send its financial system to the brink of a crisis, and and watched as billionaires toppled into bankruptcy. Observers say the companies' independent overseers should have detected signs of trouble even before they manifested.

"We want to demolish the myth that independent directors don't have any fiduciary duty," Srinivas said in an interview in New Delhi on June 6. "We want to propagate corporate literacy to make them aware of their duties, roles and responsibilities."

The exam will be an online assessment covering the basics of Indian company law, ethics, and capital market norms among other areas, Srinivas said. While aspiring directors will have a fixed time frame within which they have to clear the exam, they will be allowed an unlimited number of attempts, he said.

Experienced directors who have already been on boards for several years will be exempt from the test but will have to register themselves on a database the government is preparing. This compilation will be a one-stop platform where companies looking for independent directors can meet those willing to serve, Srinivas said.

According to existing law, every company listed in India has to have independent directors accounting for at least a third of its board strength. Their main duty is to act as overseers outside the influence of the firm, safeguarding the interests of minority shareholders.

Recent experience has shown lapses. Some of India's top banks are grappling with allegations of improper lending and the banking regulator banned SR Batliboi & Co., an affiliate of EY, from bank audits for 12 months. Credit rating companies failed to warn of impending defaults at IL&FS Group, a vast conglomerate struggling to service more than $12 billion in debt, and the Corporate Affairs Ministry has sought a five-year ban on Deloitte saying that they failed to enquire into IL&FS loans.

Deloitte is fully compatible with Indian audit standards and expects to present its position to Indian authorities, a spokesman said by email.

Increasing accountability is key to Modi's re-election campaign promise of being a " watchman" who will guard India's borders against enemies and its people against corruption.

Srinivas, who aims to roll out the new oversight program within two months, said the ultimate aim of the exam is to ensure that officials aren't able to plead ignorance if they're hauled up over a lack of oversight.

Much more needs to be done to ensure the entrenchment of good governance standards, such as improving leadership, said Somasekhar Sundaresan, a Mumbai-based lawyerat J Sagar Associates.

"Indeed there is a need for advocacy and awareness," Sundaresan said. "But administering an exam will be another box to check."