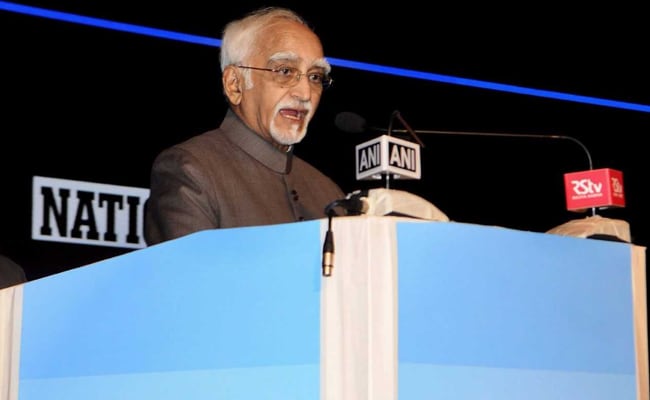 Former Vice President Hamid Ansari on Friday said among the identified issues faced by the Muslim community, education has been the most important one.

"We have identified the issues (faced by the Muslims) a number of times. The issue is of identity and security, it is also of education. And I feel education is the most important issue," Mr Ansari said during the 12th Dr. Asghar Ali Engineer Memorial Lecture On 'Muslims of India: Past and Present'.

"Delhi has a large number of Sikhs and most of them were refugees. They have not only rehabilitated themselves but have also set up their religious institutions as well as their educational institutions. If a small community can do that, why can't a much bigger community," he asked.

He also said that, "190 million (of population) is not a minority except in terms of legal technicality".

He also suggested that, "interacting on a continuous basis with the wider community of fellow citizens is the answer" to remove the mental barriers.

"It (the interaction) does not have to confine to our idioms and our manner of behaviour. If I interact with another person, I will do it on the level of equality not on saying my way is the only way."

He also said this formula (of interaction) has worked in different parts of the world, and he does not see any reason why it will not work in the country.

The lecture, dedicated to Indian reformist-writer and social activist, was organised by the Centre for Study of Society and Secularism.

Delivering the lecture, A.G. Noorani, Advocate, Supreme Court and Constitutional Expert, advised the Muslims to involve themselves in national issues.

"There is a form of agitation among the Muslims and that can only be controlled through secularising the identity and by including them," he said.