According to the EU statement, the 105,000-euro funding supports the Indian Red Cross Society (IRCS) in delivering life-saving support to the most vulnerable families. 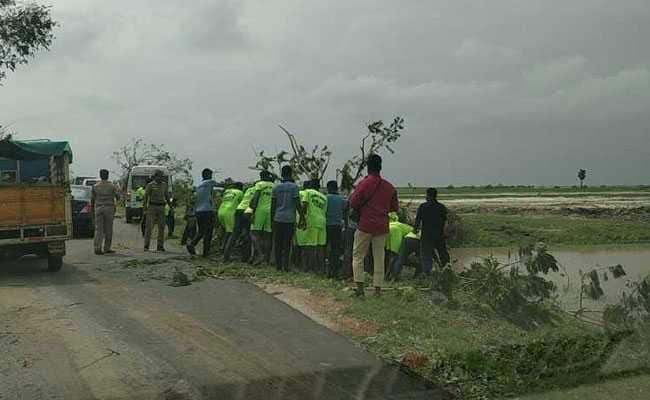 The European Union (EU) on Thursday announced emergency assistance of 105,000 euros to the communities most affected by cyclone Gaja that hit Tamil Nadu in November.

"In response to cyclone Gaja, which wreaked havoc across large parts of Tamil Nadu in mid-November, the European Commission is allocating 105,000 euros to provide emergency assistance to the most affected communities," the EU said in a statement.

"The aid will directly benefit 17,500 people in the worst-hit districts of Nagapattinam, Thiruvarur and Thanjavur," it stated.

According to government data, more than 117,000 houses were damaged, nearly 50 per cent of which were totally destroyed. Affected families are currently living in more than 490 temporary shelters across the state.

According to the EU statement, the 105,000-euro funding supports the Indian Red Cross Society (IRCS) in delivering life-saving support to the most vulnerable families through the distribution of emergency shelter material and relief items such as tarpaulins, kitchen sets, and household kits.

"Long-lasting insecticide-treated mosquito nets are also being provided to mitigate the risk of vector-borne diseases among the impacted communities," it stated.

"The action will specifically target individuals whose houses were destroyed and livelihood lost in wake of the cyclone, as well as female-headed households and people with disabilities who are currently living in temporary shelters and relief camps."