"Look At Euro 2020": Government's Warning On Crowds During Pandemic

In recent days, photos have emerged on social media showing thousands of people out on a small street at Manali and hundreds gathered under a waterfall in Mussoorie

The government has warned against laxity in following Covid-appropriate behaviour, with particular reference to disquieting visuals from the past few days of large crowds at popular holiday and tourist destinations.

The Health Ministry described these videos - which show hundreds flocking to hill stations like Himachal Pradesh's Manali - as "cause for concern", and reminded people the virus spreads aggressively in crowded places.

In an attempt to drive home its point it referred to a spike in cases in the UK.

A cumulative 1.19 lakh people were allowed in to London's Wembley stadium in June for group stage and knock-out matches of the 2020 European football championship. An estimated 1.22 lakh were present for the two semi finals this week, and around 60,000 are expected to attend Sunday's final.

England is now facing a new wave of cases, fuelled partly by the football and contagious variants, and partly by (an ill advised, some experts say) emergence from lockdown. This week the UK, which is likely to lift restrictions from July 19, saw over 30,000 daily new cases for the first time since January.

Experts fear a further spike after Sunday's match, which is England's first final in 55 years and which was celebrated by thousands of fans - many without masks - partying in pubs and city streets with no thought to social distancing.

However, the UK has one of the world's strongest vaccination rates; 51.1 per cent have received both doses, according to Reuters.

The Wembley matches have been described as "pilot events" for larger crowds - where fans must either test negative for COVID-19 or be fully vaccinated. 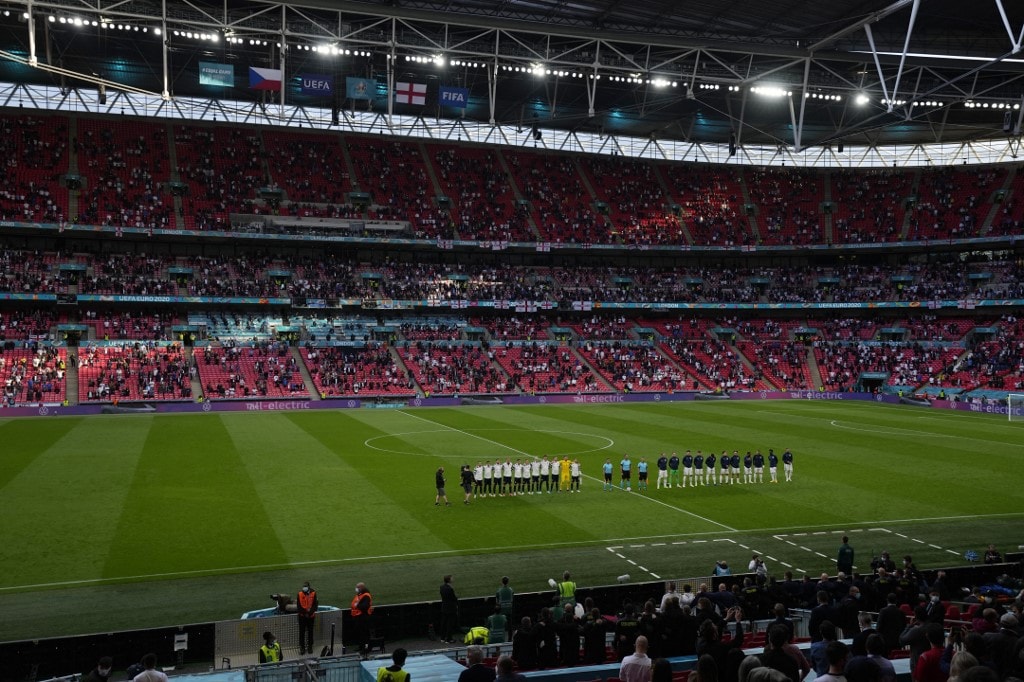 By contrast, plagued by supply problems and vaccine hesitancy, India has given two doses to just five per cent of its population, leaving crores still susceptible to severe and symptomatic Covid infections.

A potentially worrying sign for India is even though EU countries have generally stronger vaccine drives, some governments fear Euro 2020 - scheduled for last year but postponed because of the pandemic - could still lead to an increase in cases.

This week the World Health Organization called for better monitoring of cases and travelling fans, with concern that the more transmissible 'delta' variant of the virus may be spreading as a result.

"There will be a new wave... unless we remain disciplined," the agency's Europe director Hans Kluge said. Asked if Euro 2020 was a 'super-spreader', he said: "I hope not... but this can't be excluded."

In India, large gatherings leading to an increase in Covid cases have taken place several times, including the Maha Kumbh in Uttarakhand in April, and during campaigning for elections in April-May.

The second wave in India began then, with the peak of over four lakh cases a day in mid-May.

And on Friday the government warned people that it may not be over, and urged everyone to continue following Covid protocols, particularly while vaccination rates are still low.

"The second wave is not over yet. There is still danger. It is necessary to keep following Covid protocol in order to close the second wave fully," Dr VK Paul, a member of the national Covid task force, said.