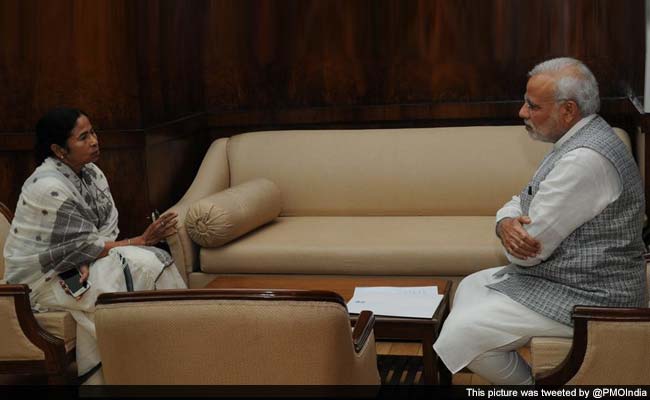 Dhaka: Bangladesh is all set to roll out a red carpet welcome to Prime Minister Narendra Modi who will arrive in Dhaka tomorrow on his maiden visit to the country, amid expectations on both sides to take bilateral ties to a new level and unleash the potential of economic and trade ties.

Ms Banerjee will arrive here tonight and will take part in the flag off ceremony of Kolkata-Dhaka-Agartala bus service and signing of the LBA agreement.

Large cutouts of Bangladesh founder Sheikh Mujibur Rehman and former Prime Minister Indira Gandhi were also seen on the streets as a token of an age old relationship between both the two countries and India's role in the Bangladesh Liberation War in 1971.

"We can never forget the role that India had played during our liberation war. We, the Awami League government, always want friendly relations with the Indian government. India is the biggest friend of Bangladesh. The Friendship between Narendra Modi government and Sheikh Hasina Government along with our Mamatdi will help us to evolve as power," another Awami League MP Sk Afil Udin said.

Writer and noted social activist Shariyar Kabir said, "It is not only a historic day for Bangladesh but also a milestone in Indo-Bangla relations. Both the countries especially two Bengals don't have any difference in culture, language and heritage. We are happy that this long standing issue of LBA is being solved."

A West Bengal delegation, which entered Bangladesh last night through road, was given a rousing welcome at every checkpoint with public representatives and with hundreds of local people and children lined along the route to cheer the delegation, waving flags of both the countries.

Several welcome arches with cutouts of Mr Modi and Ms Hasina added to the festival-like atmosphere.

Another was dedicated to 'Bangladesh and India - a shining testimony of bilateral relations'. Another arch said, 'Long Live Sheikh Hasina, Narendra Modi'.

Enhancing rail, road and water connectivity, boosting economic engagement and expanding security cooperation are likely to be major focus areas during Mr Modi's visit. Both sides are likely to sign a number of deals including on enhancing connectivity to ensure greater people-to-people contact.

Mr Modi and Ms Hasina are set to flag-off the bus service between Kolkata and Agartala via Dhaka and the Dhaka-Shillong-Guwahati bus service. The two countries are keen to strengthen railway connectivity, particularly to revive railway links which were in existence prior to 1965.

The two countries are set to sign a coastal shipping agreement to facilitate sailing of small vessels from India to various ports in Bangladesh which now go through Singapore.

India will also push for involvement of Indian companies in setting up of ports in that country.

The issue of Bangladesh, Bhutan, India and Nepal (BBIN) Motor Vehicle Agreement is also likely to figure in the talks Mr Modi will have with Ms Hasina. The agreement, minus Pakistan, is likely to be signed soon.