Days after a toxic ash leak at a coal plant in Madhya Pradesh damaged farmland in a 4-km area, the local administration has directed the power company to deposit Rs 50 lakh as compensation to the farmers.

Last Wednesday, late night rain triggered a breach in the ash pond of Essar Power MP Limited, causing damage to crops and dwelling of farmers in the Singrauli district.

Ash pond is an artificial structure used to store the residual waste generated by the coal-fired power plant. Fly ash is extremely harmful, and contains toxins including arsenic. Scientists and activists say any leak in such a pond around power plants can lead to severe contamination of groundwater and affect health.

The fly-ash reportedly turned into mudslide and flooded the homes in the area. Five children trapped in it were rescued by the local residents and police the same night. Photos taken after the leak showed children covered in white ash on their hair and face as they stood in the dark.

A survey conducted by the Singrauli district collector KVS Chaudhary revealed that crops and houses in around 198 acres of land owned by 450 farmers were damaged. 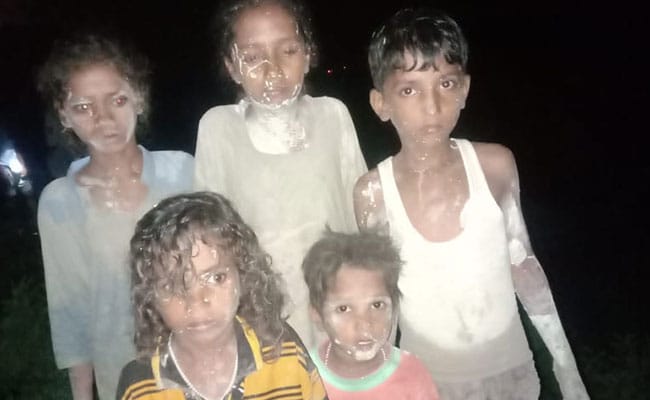 Essar power has agreed to deposit the sum shortly, the district official said. "Once the sum is deposited, the process of distributing the compensation money among affected farmers will start. Essar has also been directed to properly repair the broken dyke and strengthen another dyke which has developed cracks," Mr Chaudhary said.

"Further, a three member committee, comprising the SDM, sub divisional officer police (SDOP) and an executive engineer of the Water Resources Department, has been constituted to ascertain the real cause for the ash dyke breach on August 7 late night," he said.

"Keeping with Essar Group's business values and its unwavering commitment towards environmental protection and human rights, EPMPL has agreed to pay Rs 50 lakh as compensation to the affected villagers as finalized by the district authorities evaluating the impact. The amount shall be paid to the collector's office, which in turn will distribute the same to the impacted villagers," the company said in a statement.

EPMPL had earlier claimed the leak was a case of "sabotage". The company, in a statement, said that its security personnel had spotted 4-5 unidentified persons fleeing the site, just after the incident on August 7 late night.

Singrauli, a district neighbouring Sonbhadra district, is home to 10 coal-based power plants with a capacity of over 21,000 megawatt - the highest for one region. These plants have made Singrauli the second most polluted industrial zone in the country after Ghaziabad, according to the Central Pollution Control Board.