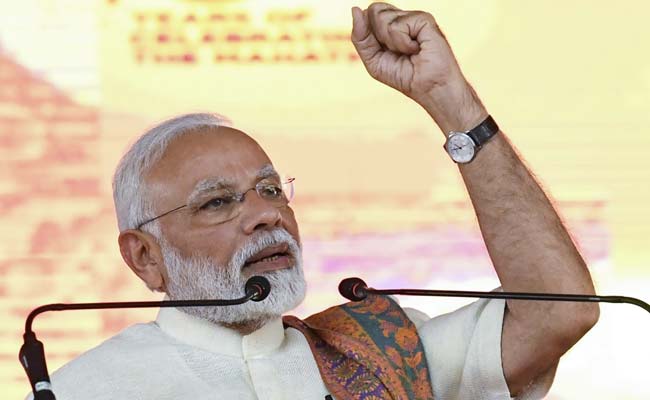 The battle in Bengal between the grand alliance and the BJP is set to intensify today as Prime Minister Narendra Modi is scheduled to address his third mega rally on chief minister Mamata Banerjee's turf. PM Modi's mega rally in West Bengal's Jalpaiguri district today aims to give a thrust to the Bharatiya Janata Party's (BJP) campaign blitzkrieg ahead of this year's Lok Sabha election.

Tensions between Mamata Banerjee's Trinamool Congress (TMC), which is part of the 'mahagathbandhan' or 'grand alliance', and the BJP reached a new high in the last few days with Ms Banerjee accusing Prime Minister Modi of misusing the CBI against the police chief in Kolkata.

Tensions between the BJP and Trinamool Congress rose further after Ms Banerjee refused to grant permission to senior leaders of the BJP from campaigning in West Bengal. The chief minister repeatedly denied permission for their helicopters to land at the rally grounds. The BJP protested this move by calling Mamata Banerjee "undemocratic". Holding an election rally is the constitutional right of every political party, they said.

Ahead of his rally, sources in the BJP told news agency Press Trust of India that PM Modi will use the platform in Jalpaiguri district, close to the border with Bangladesh, to give a "fitting" reply to Mamata Banerjee's accusations, while trying to galvanize the party cadre for the crucial elections. "Apart from the message to the party cadre, we are hopeful that Modiji would also give a fitting reply to the TMC's unconstitutional dharna (protest)," a senior BJP leader said.

However, BJP's state general secretary Raju Banerjee claimed that local Trinamool leaders were warning bus operators against allowing their vehicles to carry BJP party supporters to the rally ground. "They (TMC workers) are also keeping a watch on people who are likely to attend the rally (in order to threaten them)," Mr Banerjee claimed.

Trinamool legislator Sourav Chakraborty, however, dismissed the allegations as "baseless".

While addressing a rally in Durgapur last week, PM Modi had branded the Mamata Banerjee government in Bengal as "extortionist" which was run by a "corrupt syndicate", and called for its ouster.

Raising the stakes for the Lok Sabha elections dramatically, Mamata Banerjee became a rallying point for the 23 other anti-BJP parties, who threw their weight behind her as she sat on protest for 46 hours against the Modi government's alleged attempts to "stifle the spirit of the Constitution and federalism".

The BJP had won just two of West Bengal's 42 Lok Sabha seats in the 2014 general elections. This time BJP chief Amit Shah has set an ambitious target of 23.