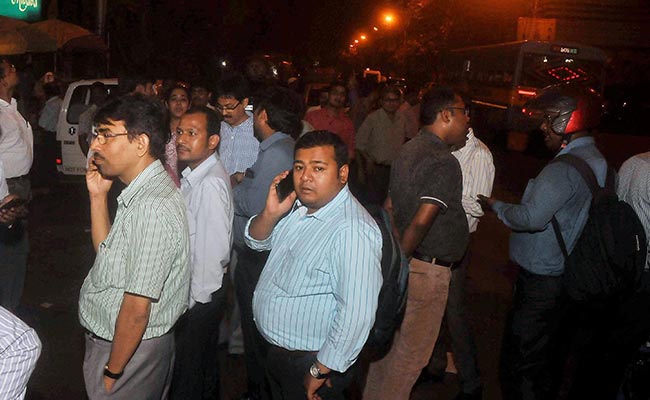 After earthquake on India-Myanmar border, strong tremors were felt in Kolkata, Guwahati and Patna. (PTI photo)

New Delhi: Huge tremors were felt in Kolkata after a whopper of an earthquake of 6.8 magnitude hit the areas on the India-Myanmar border. Strong tremors were reported in Guwahati and Patna, mild ones were felt in Chennai and Delhi. (Live updates)

The earthquake hit at 7.25 pm and at a depth of 134 km. No damage has been reported so far from Guwahati. (Did you feel the quake? Post here)

"The epicenter is in Myanmar, some 100 km off the India-Myanmar border. Since the quake occurred at a depth of 134 km, the impact could be felt at a large distance," JL Gautam, Operations Head at the National Centre for Seismology, said.

People blew conch shells on some streets in Kolkata to sound alarm and alert residents of high-rises, said some eyewitnesses. (See pictures)

"It took us a few seconds to realise what was happening, but the shake was pretty evident. So we rushed out immediately," said a resident of Kolkata.

Cracks were reported in some Kolkata buildings, while the city's Metro was suspended for a few minutes.
All the northeastern states are categorised under zone V in the country's seismological map and are considered highly vulnerable. Because it was a land-based earthquake, there is no danger of a tsunami.
Here are some tweets:

Crazy scenes in Eden Gardens. All of us felt tremors in the Press box, evacuated and then returned. Earthquake?