Drugs A National Problem, Not Just In Punjab: Chief Ministers Of 5 States

The joint working committee is politically significant as the state government has managed to convey that drug problem is not only restricted in Punjab and other states are also struggling to check drug abuse. 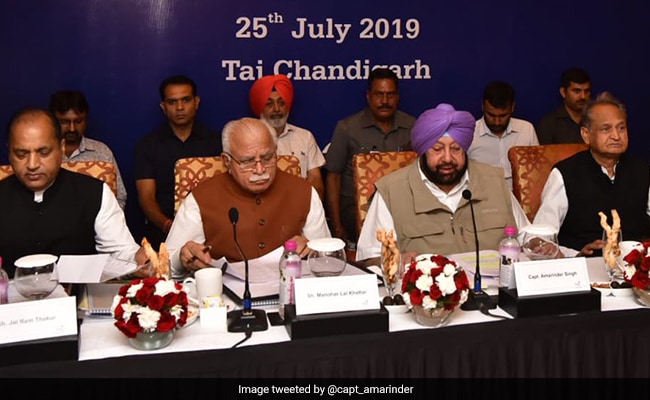 Drugs are a national problem, the Second Joint Conference of Chief Ministers of the northern states on Thursday agreed and decided to set up a joint working group, involving officials of the Health and Social Justice Departments of all states, to share experiences and best practices in their respective campaigns against the drug problem.

In Punjab's 2017 assembly elections, drugs were a major poll plank of the Congress and the Aam Aadmi Party who blamed the then Shiromani Akali Dal government for the drug menace in the state. After the party lost the elections, Akali Dal has maintained that Punjab was defamed and the drug problem was blown out of proportion by the Congress and AAP.

The joint working committee is politically significant as the state government has managed to convey that drug problem is not only restricted in Punjab and other states are also struggling to check drug abuse.

Delhi Chief Minister Arvind Kejriwal, who had also alleged that one of the Akali Dal leaders was running a drug racket in Punjab, was absent from the meeting.

It was agreed in the meeting to consider opening of a Regional Training Centre at Chandigarh for Training of Investigators for proper investigation of Narcotic Drugs and Psychotropic Substances cases. The states also agreed to take up with the Centre a proposal to establish a Regional Drug Dependence Treatment Centre in Chandigarh Tricity area, on the lines of National Drug Dependence Treatment Centre (NDDTC) AIIMS, New Delhi.