Rs 4,461 crore has been credited as a grant in bank accounts of 66,88,422 farmers in 17,985 villages spread over 26 drought -affected districts, Finance Minister Sudhir Mungantiwar said 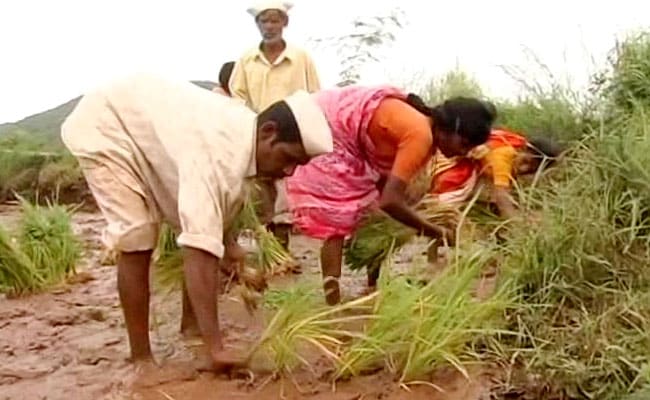 The Maharashtra government today expressed solidarity with farmers reeling under the impact of severe drought in large parts of the state and said a sum of Rs 4,461 crore has been credited in bank accounts of more than 66 lakh cultivators as part of relief measures.

Finance Minister Sudhir Mungantiwar, while tabling the additional budget for 2019-20 in the assembly, said the sum of Rs 4,461 crore has been credited as a grant in bank accounts of 66,88,422 farmers in 17,985 villages spread over 26 drought -affected districts.

He outlined drought mitigation steps undertaken by the government.

The minister said a control room has been set up in each of the collectorate to tackle the issue of drinking water scarcity. Powers for approval of tankers have been delegated to sub-divisional officers to cut down on delays.

Piped water supply schemes in the drought-affected areas, which were closed due to electricity arrears, have been restarted by paying 5 per cent of the pending dues from the scarcity fund, the minister said.

As many as 9,925 wells and borewells have been acquired to augment drinking water supply and an approval has been given to 2,438 temporary water supply schemes, Mr Mungantiwar said.

To overcome fodder scarcity, 29.4 lakh metric ton fodder has been produced on 30,000 hectares of galper lands (tracts created by deposition of sediment by rivers).

Due to this, the level of fodder scarcity has come down, the minister told the House, Mungantiwar said. Up to June 10, 1,635 fodder camps have been started, benefitting 11,04,979 animals, he said.

For the first time, a decision has been taken to start fodder camps for goats and sheep in the drought-affected district, he said.

Assuring farmers of all help from the government, Mr Mungantiwar said the state administration firmly stands by them.

The minister said a provision of Rs 6,410 crore has been made in the budget to deal with outcome of natural disasters and assured that additional funds would be earmarked if necessary.