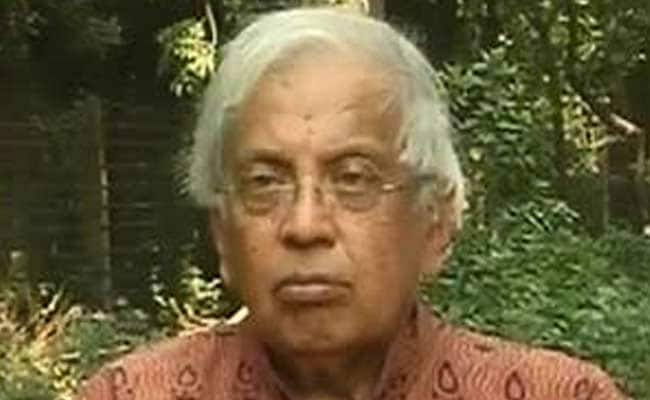 "The Akademi is not a government organisation but an autonomous body. The award is given to a writer for a chosen work and there is no logic to return the award because it is not like the Padma awards," Vishwanath Prasad Tiwari told PTI.

Hindi poet Ashok Vajpeyi today returned the Sahitya award given in 1994 for his poetry collection "Kahin Nahin Wahin" to protest the "assault on right to freedom of both life and expression" and alleged that the Sahitya Akademi had remained silent on the issue.

Yesterday, writer Nayantara Sehgal had announced in an open letter her decision to return the Akademi's award and referred to the Dadri lynching of a Muslim man by a mob over suspicion of eating beef, and the killings of Kannada writer M M Kalburgi and rationalists Narendra Dabholkar and Govind Pansare.

In his response Mr Tiwari said, "The Akademi, India's national academy of letters translates the winning work into different languages and the awarded writer earns a lot of honour and prestige. Even if the writer returns the prize, what about the goodwill earned?

The Akademi's chairperson, himself a renowned Hindi poet, writer and critic, urged writers to adopt a different manner of protest and not drag the literary body into politics.

"Writers should adopt a different way to protest. How can they blame the Sahitya Akademi, which has been in existence for over 60 years? Even during the Emergency the Akademi did not take a stand," Mr Tiwari said.

He emphasised that according to the convention in literary circles, the Akademi has been engaged in translation of works into different languages, giving awards, holding seminars and workshops to further literary causes.

"If the Sahitya Akademi jumps in and protests against the restriction of the freedom of speech then will it not divert from its primary work?