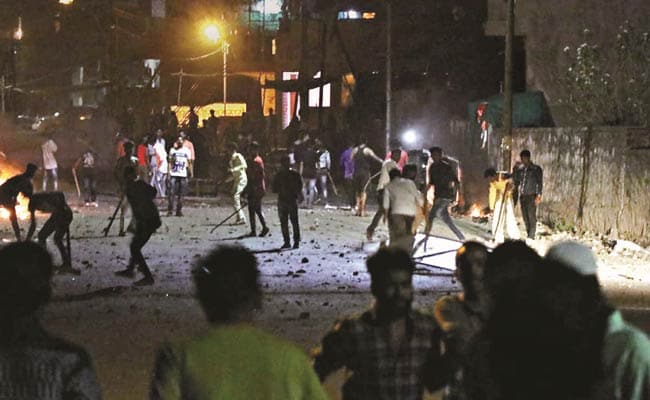 Aurangabad: An uneasy calm prevailed today in this central Maharashtra city where two people were killed in clashes between two groups yesterday. The clash broke out over alleged selective disconnection of illegal water connections belonging to members of a particular community.

The police said they have taken control of the situation in the city in the Marathwada region, 350 km from Mumbai. Internet services have been snapped and prohibitory orders are in force, a police officer said.

"We have deployed adequate police force in the area to avoid any untoward situation. To curb rumour mongering through social media, we have suspended internet services," Inspector General of Police (Aurangabad) Milind Bharambe told news agency PTI. The last rites of a 17-year-old boy, who was killed allegedly in police firing, was performed today, he said.

"We have appealed to people not to believe in rumours and help the police in maintaining law and order," Mr Bharambe added. 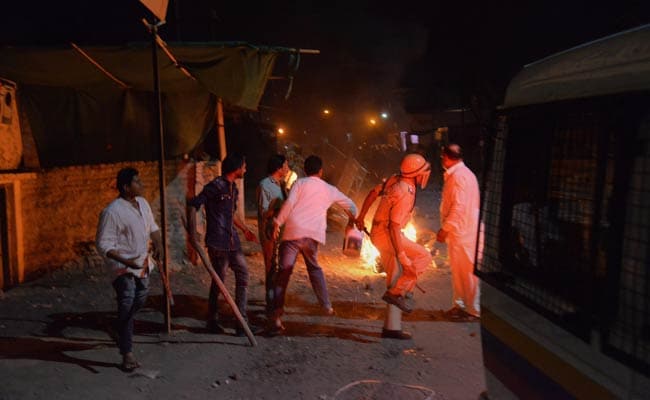 Some 60 people including police personnel were injured in the clash.

The clashes between the two groups started in Moti Karanja area at 10 pm on Friday and spread to Gandhi Nagar, Raja Bazaar, Shah Ganj and Sarafa, another police officer said. The police fired in the air and lobbed teargas shells to control the situation, he said.

Some 60 people including police personnel were injured in the clash.

The other person killed in the clash was a 65-year-old man who was trapped in his house when an adjoining shop was set on fire, the police officer said. Over 80 shops were set on fire and 40 vehicles were destroyed, he said.

Additional personnel from the State Reserve Police Force have been deployed in the city. Petrol bombs and kerosene-soaked rags were found during a search operation, the officer said, adding over a dozen people were also taken into custody for interrogation.

Promoted
Listen to the latest songs, only on JioSaavn.com
People familiar with the matter said tension had been brewing in Moti Karanja for the last few days as the municipal corporation was carrying out a drive against illegal water connections.

With inputs from PTI
Comments
AurangabadMaharashtra