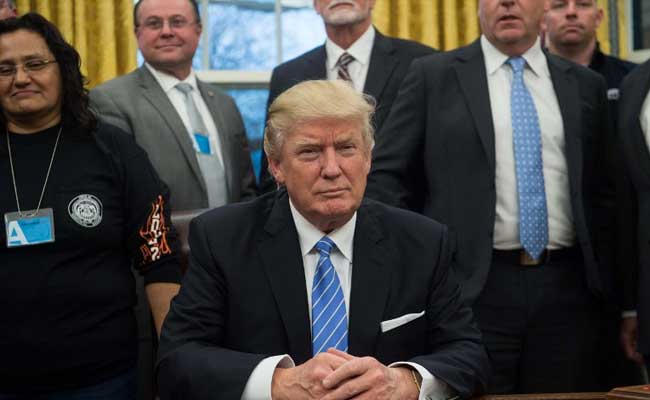 This is the second time Donald Trump has called PM Narendra Modi ever since became US President.

"The president spoke with Chancellor Merkel and the Indian Prime Minister today to congratulate them on their party's success in recent elections," White House spokesman Sean Spicer said on Monday.

The BJP rode a Modi super-wave to a massive victory in Uttar Pradesh earlier this month, winning 312 of the state's 403 seats. The BJP also swept neighbouring Uttarakhand and formed governments in Goa and Manipur, with no party getting a majority. The only setback the BJP saw was in Punjab, where the Congress won.

The elections in the five states had turned into a virtual referendum on PM Modi's popularity following his decision to demonetise Rs 500 and Rs 1,000 currency notes.

This is the second time Mr Trump has called PM Modi ever since his inauguration as President of the United States. The leaders of the world's two biggest democracies last spoke in January when President Trump called up PM Modi and discussed the security situation in South and Central Asia. India and the United States will "stand shoulder to shoulder" to fight global terrorism, the White House had said after that interaction.

The significance of US' partnership with India was reflected in the fact that President Trump called Prime Minister Modi before he spoke with important allies like Britain, Germany and Japan or major powers like China and Russia since formally taking office.

Promoted
Listen to the latest songs, only on JioSaavn.com
During that call, President Trump had emphasised that the United States "considers India a true friend and partner in addressing challenges around the world," according to a White House readout of the call.

Both the leaders invited each other to their respective capitals and indicated that they had a warm exchange which included a commitment to "standing shoulder to shoulder" against terrorism and improving economic cooperation.