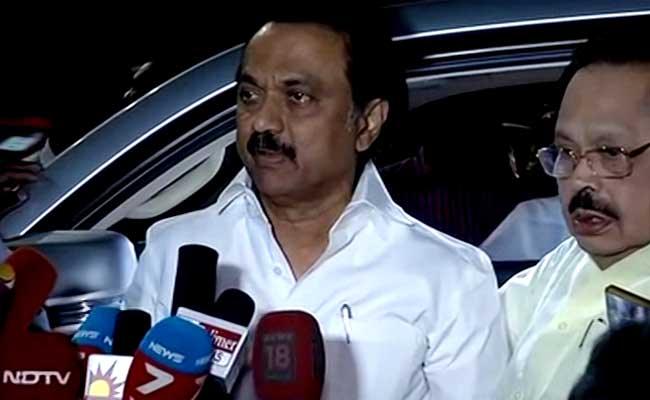 DMK will resist any attempts of Hindi imposition, M K Stalin said, referring to the proposal.

Chennai: The DMK today took exception to a proposal to dub or carry Hindi subtitles in regional movies, calling it an attempt to "force" the language on regional cinema and sought a clarification from the Centre.

The DMK will resist any attempts of Hindi imposition, its working president M K Stalin said, referring to the proposal.

"While all regional languages must be respected equally, any efforts to bring them under the dominance of Hindi will ruin India's unity and integrity," he said.

"The BJP government targeting cinema also as a part of its Hindi and Sanskrit imposition is condemnable. The Centre should clarify on this matter," he said in a statement.

Mr Stalin, whose party had successfully led an anti-Hindi agitation in the state in the 1960s, said the DMK was ready to "resist and defeat" any efforts of Hindi "dominance."

Presidential approval to a parliamentary panel recommendation that the National Film Development Corporation either dub regional movies in Hindi or carry subtitles has come as a boost to Hindi-speaking cinema lovers who want to enjoy regional movies.

The Committee of Parliament on Official Language has also recommended that filmmakers submit their script in Hindi to the NFDC and make it available to all concerned.

The DMK has been accusing the BJP-led Centre of trying to impose Hindi, a charge rejected by the Union government.
Comments
DMKM K StalinRegional Cinema