Diwali Can Bring All Of Us Together, Says British PM Boris Johnson

In a video message released from Downing Street on Twitter, Boris Johnson said that there is an uplifting message of good over evil, hope over despair, knowledge over ignorance, in the festival of Diwali. 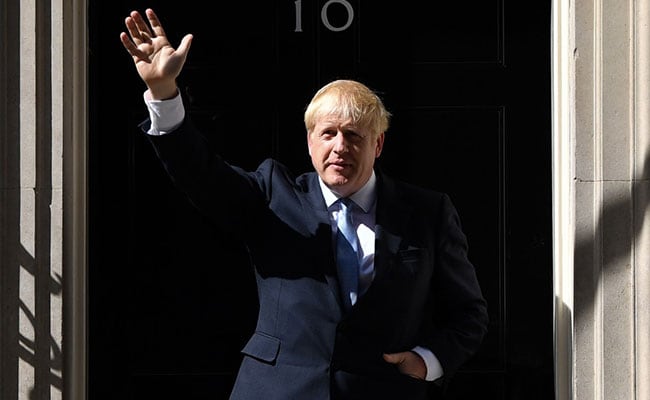 British Prime Minister Boris Johnson today expressed his admiration and respect for the British Indian community in his message for Diwali, which he said offers a sense of optimism and togetherness.

In a video message released from Downing Street on Twitter, Boris Johnson said that there is an uplifting message of good over evil, hope over despair, knowledge over ignorance, in the festival of Diwali.

"To British Indians, for whom this festival means so much, I want to express my personal admiration and respect for everything you do for our country. Quite simply, Britain would be a lesser country without your contribution," said PM Johnson.

"From running our most successful businesses to leading scientific research, serving the public in our NHS (National Health Service), our police, our Armed Forces, at every turn making our country more prosperous, healthy, generous and secure," he said.

To everyone celebrating Diwali here in the UK and around the world, I want to wish you all a happy Diwali and a joyful and successful new year. Shubh Diwali! pic.twitter.com/kWi6OHo8wj

Tracing some of the many highlights of Diwali around the UK, he referred to famously lit-up Golden Mile in the city of Leicester, samosas and sweet treats being handed out and people taking in all the "wonderful sights, smells and sounds" that make this festival so luminous and exciting.

He added: "And, of course so meaningful because today marks the moment when Lord Rama and Sita, their way lit by many thousands of lamps, returned triumphantly to their home, after the Demon King Ravana had been roundly defeated."

"And with the autumnal nights growing ever longer and darker across Britain, this spectacular festival ushers in a new mood and a new spirit of optimism and joy... this really is a festival that can bring all of us together."

Opposition Labour Party Leader Jeremy Corbyn also took to Twitter to issue his video message to wish communities in the UK and around the world a Happy Diwali. "I am so proud that this country hosts some of the biggest Diwali celebrations outside India. Festival of light events take place all across the country and are greatly enjoyed by people of all walks of life."

"Diwali represents the victory of light over darkness. It reminds us that we must do all we can together... to ensure the triumph of good over evil and of knowledge over ignorance," he added.

In reference to Hindu, Sikh and Jain communities, he said: "I have always had deep respect for Hindus, Jains and Sikhs, here in Britain, India, Sri Lanka and all around the world. I cherish what you have given to our world... whether it''s in business, medicine, the arts or any other walk of life, your huge contribution over so many years is appreciated all over the country".