In an affidavit, the Brihanmumbai Municipal Corporation (BMC) urged the court to dismiss Kangana Ranaut's petition and impose a cost on her for filing such a plea. 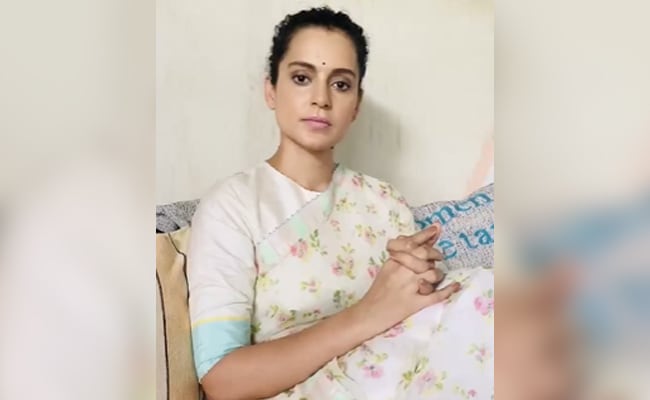 On September 9, the BMC demolished a part of Kangana Ranaut's Pali Hill bungalow

Responding to actor Kangana Ranaut's plea before the Bombay High Court seeking Rs 2 crore as damages for demolition at her bungalow, the Mumbai civic body said on Friday that it was an abuse of the process of law.

In an affidavit, the Brihanmumbai Municipal Corporation (BMC) urged the court to dismiss Ms Ranaut's petition and impose a cost on her for filing such a plea.

"The writ petition and the reliefs sought for therein constitute an abuse of process. The petition should not be entertained and should be dismissed with costs," it said.

On September 9, the BMC demolished a part of Ms Ranaut's Pali Hill bungalow, claiming that she had made substantial structural alterations without due permission.

After she moved the High Court on the same day, a bench led by Justice S J Kathawalla stayed the demolition.

On September 15, Ms Ranaut amended her plea, seeking a compensation of Rs 2 crore from the BMC.

In its reply, filed through advocate Joel Carlos, the BMC alleged that Ms Ranaut falsely stated that the alterations were as per a permission previously granted by it.

On September 5, during a routine inspection, its officials noticed illegal repairs and alterations being carried out at the bungalow, so a demolition notice was issued and the demolition was subsequently carried out, it said.

Ms Ranaut used the property as office space and had made substantial alterations and additions in violation of the sanctioned building plan, the BMC alleged.

Toilets were constructed in parking areas and existing toilet space was converted into cabins and a pantry, it said.

Ms Ranaut could not argue that the demolition should not have been carried out during the coronavirus-induced lockdown, for if she was carrying out alterations during this period, she was liable to face action, the civic body said.

The next hearing is slated for September 22.