The Shiv Sena, sources said, is yet to decide whether it will support the government, which is not in danger for now.

Mr Fadnavis' meeting, sources said, was a BJP outreach to its oldest ally the Shiv Sena as the TDP pulled out of the BJP-led National Democratic Alliance (NDA) this morning. The Maharashtra chief minister and BJP state chief Raosaheb Danve, who was also present at the meeting at the Sahyadri Guest House in Mumbai, reportedly attempted to convince the Shiv Sena to side with the government if the no-confidence motions are admitted and a vote held.

The Shiv Sena, sources said, is yet to decide whether it will support the government, which is not in danger for now. The BJP on its own has 274 lawmakers in the 543-member Lok Sabha; the majority mark is 272. Along with its allies in the NDA, the BJP now has the support of 315 lawmakers, down 16 after the TDP walked out. 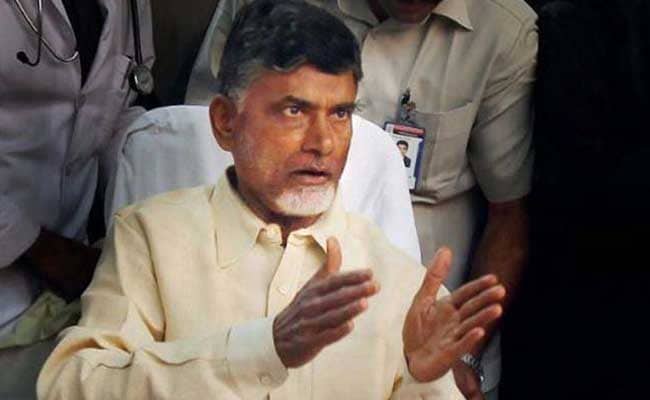 The Shiv Sena has 18 Lok Sabha members. The party declared recently that it will contest next year's national election and the Maharashtra assembly elections, also in 2019, on its own and not in partnership with the BJP. The announcement came after months of strained ties between the two allies, that have seen the Udhav Thackeray led Shiv Sena make regular jabs at the BJP and the central government, of which it continues to be a part for now.

In an article in its mouthpiece the Saamana on Thursday, the Shiv Sena predicted a steep drop in the BJP's seats in the 2019 national election, based on the results of by-elections earlier this week in which the party lost two key parliament seats in Uttar Pradesh.

"The twin wins by the Samajwadi Party in BJP bastions like Gorakhpur and Phulpur has created panic in the BJP camp even as they were busy celebrating the party's victory in a small state like Tripura last week," the Shiv Sena article said, pointing out that since the BJP swept the 2014 national election, it has lost nine parliament seats in by-elections, which has slashed its tally from 282 to 274, very close to the half-way mark in the 543-member strong Lower House.

"We are confident we have the numbers," the government has said on the no-confidence motions, which will be admitted if backed by 50 lawmakers. Ahead of the 2019 elections, however, the exit of a key ally is a blow for the BJP, also coming as it did just after the setback in the UP by-elections.

Promoted
Listen to the latest songs, only on JioSaavn.com
More than one BJP ally has complained that the party has neglected its partners in the NDA.

Andhra Pradesh Chief Minister Chandrababu Naidu's TDP was fulminating for weeks, complaining that the central government neglected the state in the union budget and demanding central funding under a special category status for the state. Last week Mr Naidu withdrew his two ministers in the union government and the TDP pulled out today, shortly after submitting a notice for no confidence in parliament, its lawmakers shouted slogans of "we want justice, talaq, talaq, talaq (divorce)."