A vehicle of a professional packers and movers company arrived at 'Varsha', the official Chief Minister's bungalow in the upscale Malabar Hill area, in the afternoon to move his belongings, a police official posted there said. 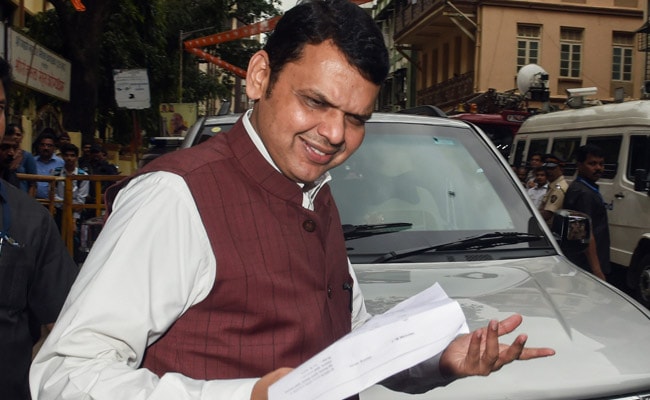 Devendra Fadnavis started the process of vacating the official Chief Minister's bungalow in South Mumbai on Thursday, the day Uddhav Thackeray was sworn in as the new Chief Minister of Maharashtra.

A movers and packers vehicle arrived at 'Varsha' bungalow in the upscale Malabar Hill area in the afternoon to take the former chief minister's belongings, an official said.

Mr Fadnavis resigned as Chief Minister on Tuesday afternoon after a controversial 80-hour second term that ended with the Supreme Court ordering him to prove his majority in a floor test. The BJP didn't have the numbers to pass the trust vote.

According to sources, Mr Fadnavis, who is from Nagpur, has started house-hunting in Mumbai; the Fadnavis family has decided to stay in the same city.

Mr Fadnavis's wife Amruta is a senior executive in Axis Bank and their daughter studies in Mumbai. The family had moved to Mumbai after Mr Fadnavis became Chief Minister in 2014.

As leader of the BJP's legislature party, Mr Fadnavis, elected from the Nagpur South West seat, is likely to become the Leader of Opposition in the new assembly.

Shiv Sena president Uddhav Thackeray was sworn in on Thursday evening as Chief Minister at the head of the Sena-Nationalist Congress Party-Congress alliance, the "Maha Vikas Aghadi".
Mr Thackeray's family home 'Matoshree' in suburban Bandra has always been the unofficial headquarters of the Shiv Sena.

Yesterday's swearing-in ceremony capped days of dramatic political developments, in which the BJP formed government on the morning of November 23 with the NCP's Ajit Pawar, who broke ranks with his party.