Jadeja had filed his nomination on November 11 despite not having a mandate from the party. 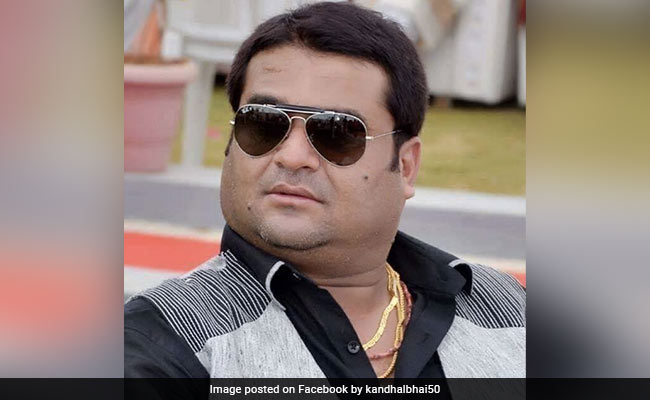 Elections for the 182-member Gujarat Assembly will be held in two phases on December 1 and 5.

The Nationalist Congress Party's lone Gujarat MLA Kandhal Jadeja resigned from the party on Monday after it denied him a ticket for the upcoming state Assembly polls.

Jadeja had filed his nomination on November 11 despite not having a mandate from the party.

He won from Kutiyana seat in Porbandar district in 2012 and 2017 on the NCP's ticket, but this time the seat has been kept out of the Congress-NCP alliance.

In the last Assembly polls, Jadeja had defeated candidates of both the Bharatiya Janata Party (BJP) and the Congress as the NCP had not entered into an alliance with the Congress.

In a letter to Gujarat NCP chief Jayant Patel aka Jayant Boskey on Monday, Jadeja said he is resigning from all the party posts and primary membership as he has been denied the ticket this time.

On November 11, the NCP and the Gujarat Congress entered into a pre-poll alliance, as part of which the Sharad Pawar-led party will contest three seats - Umreth in Anand district, Naroda in Ahmedabad and Devgadh Baria in Dahod district - currently held by the BJP.

The same day, Jadeja filed his nomination papers for Kutiyana seat claiming he had the permission to do so from NCP's national vice president Praful Patel.

He had also exuded confidence that he would get the party's mandate afterwards.

After the seat agreement announcement, the Congress had fielded Natha Odedara from Kutiyana, as the seat was not a part of the alliance.

Speculations are rife that Jadeja may now contest the election as an independent or submit a mandate of some other party as Monday is the last day to file nomination for the first phase of state polls to be held on December 1.