Bhopal's Chirayu Hospital has said the Ayushman Bharat scheme was announced much after the Covid patient got admitted to the hospital. 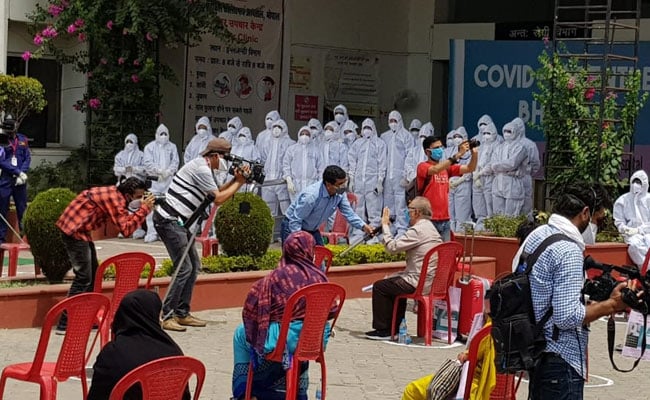 Chirayu Hospital in the Madhya Pradesh has been issued a show-cause notice by Ayushman Bharat authorities for denying the benefits of the scheme to a woman Covid patient despite the facility being empanelled under it. The hospital has denied the charge.

In his complaint, Mr Balwani alleged that his mother, Rukmini Balwani, was admitted to Chirayu Hospital on Apr 19. When he sought benefits for her under the health scheme based on Chief Minister Shivraj Singh Chouhan's May 7 announcement, a hospital staffer, Gaurav Bajaj, allegedly misbehaved with him, Mr Balwani said.

Chief Minister Chouhan had announced free treatment for Ayushman Bharat Yojana card-holder COVID patients at the state's government and private hospitals. Under the scheme, tests like CT scan and medicines like remdesivir, besides injections and oxygen, shall be made available free of cost.

So far, 2.42 crore Ayushman Bharat cards have been issued in Madhya Pradesh, covering up to 88% of the state's population, according to government data.

However, in another video message, Dr Goenka, the hospital head, denied Mr Balwani's allegations saying his mother was hospitalised on April 19 while the government order came only on May 7.

"Since then, many Ayushman scheme beneficiaries have been admitted at the hospital," the senior doctor said.

Yet, the Ayushman Bharat Madhya Pradesh website shows that the state government had on March 24, 2020, itself ordered that card-holder Corona patients will be treated in empanelled hospitals. Chirayu Hospital and Medical College are included in this plan.

Today's show-cause notice said: "Chirayu Hospital is instructed to provide all information/records/documents related to the incident in question. Also, provide a reasoned response to the matter…within three days of receipt of this notice."

Failure to respond to the notice and furnish an appropriate reply may result in action being taken against the hospital according to the terms of de-empanelment, the notice said.