Long queue of vehicles were seen at the Ghazipur and Singhu border as each one was being checked by the police. 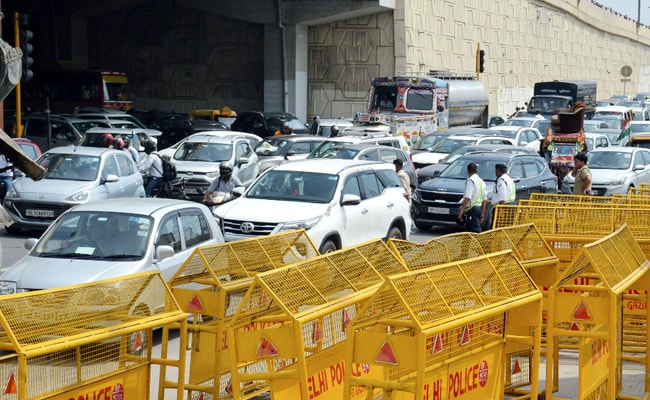 Security has been increasedat Delhi borders due to the 'mahapanchayat' called by farmers' body.

As thousands of farmers reached Jantar Mantar to attend a 'mahapanchayat', massive traffic jams were witnessed on Monday at Delhi border including Ghazipur and Singhu, with some of the commuters getting stuck for more than an hour amid curbs put in place by the police, officials said.

They said all vehicles entering the capital are being checked and the police personnel are on 'alert mode'.

Long queue of vehicles were seen at the Ghazipur and Singhu border as each one was being checked by the police. This is part of the security arrangements put in place in view of the 'mahapanchayat', said a senior police officer. 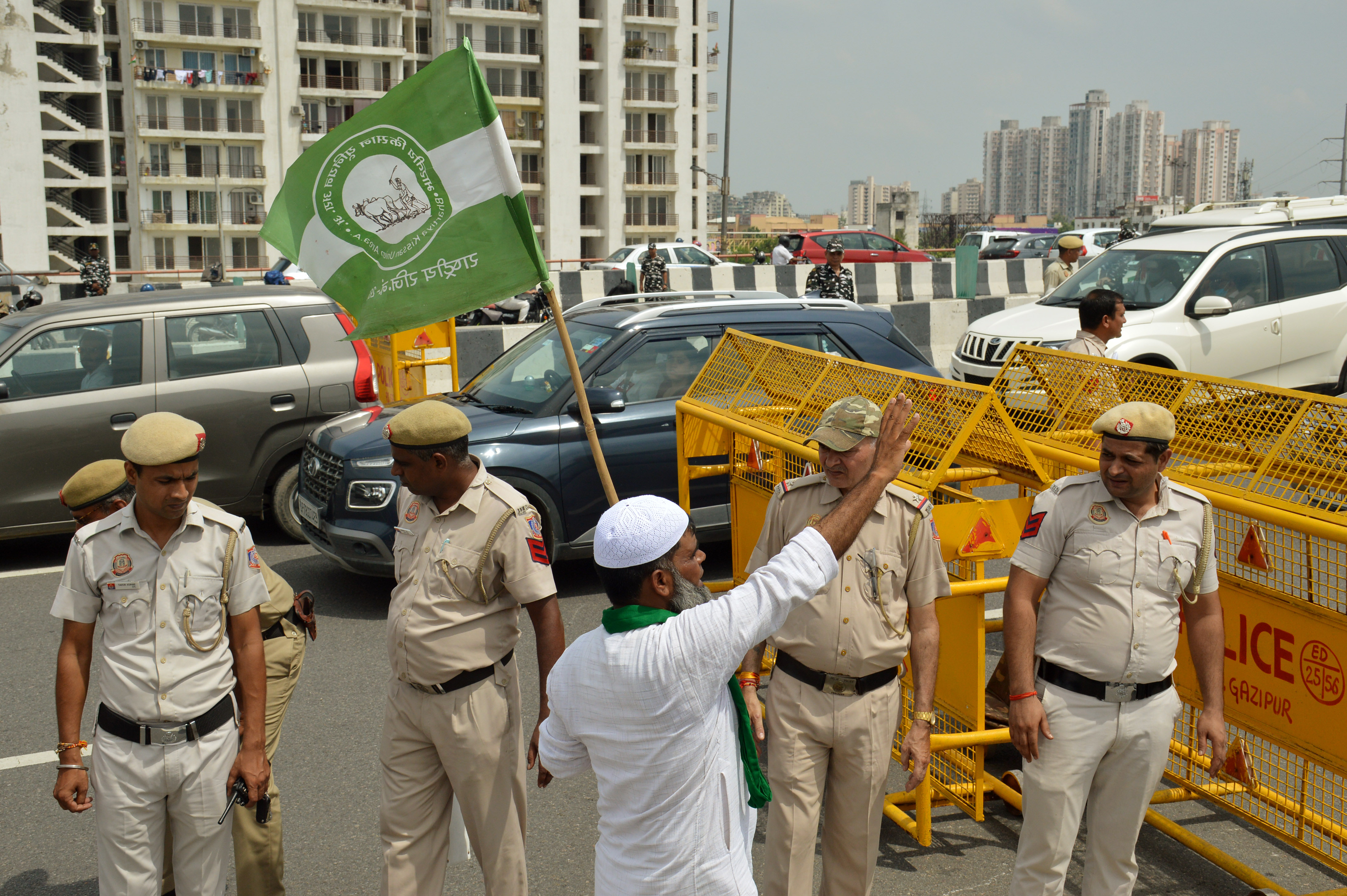 The police said security has been increased at Delhi borders due to the 'mahapanchayat' called by farmers' body.

Abhimanyu Singh Kohar, SKM (non-political) member and organiser of the 'mahapanchayat' had earlier said the congregation is a one day- peaceful event where farmers will reiterate their demands such as legal guarantee on MSP and cancellation of Electricity Amendment Bill 2022 among others.

"I have been stuck at GT Karnal Road for over an hour now. Each vehicle is being checked. The jam must be stretching to at least three to four kilometers. I am getting late for my office which is situated in Lyutens' Delhi. This slow pace of traffic would further delay my work," said a commuter. 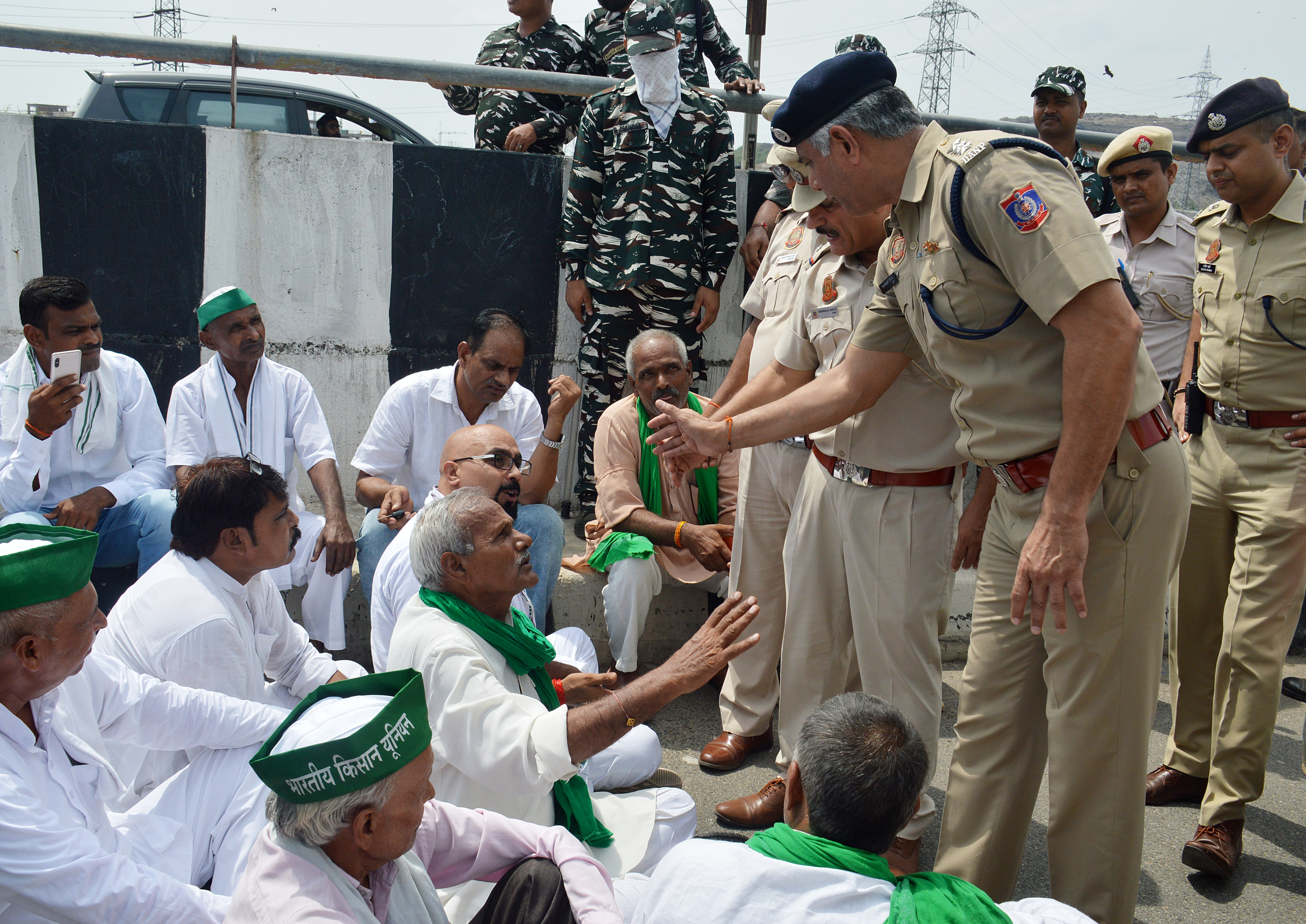 A senior police official said the vehicular movement got slow due to the precautions taken like checking of vehicles entering towards Delhi and additional picket deployment at certain points and intersections.

However, he said traffic remains normal inside New Delhi area, including Winsdor Palace, Outer Circle Connaught Place and Parliament Street among others.

"Traffic movement is slow but is moving smoothly. About half-and-hour ago, there were issues at these locations because at Baba Kharak Singh Marg, there was movement of farmers. Accordingly traffic was diverted. Even at Gol Dak Khana, traffic was diverted but now the situation is fine," the senior traffic police officer said.

Traffic on NH-48 was also affected because a big crane was out of order, affecting vehicular movement towards Gurugram, he added.

Movement of vehicles at the Singhu border also remained slow due to additional pickets put up there in view of the ''mahapanchayat'', police said.

"Traffic movement has been slow due placement of additional pickets. We are managing the situation according to the flow of traffic. Personnel have been deployed and arrangements would be made without causing any inconvenience to public," said another senior police officer. 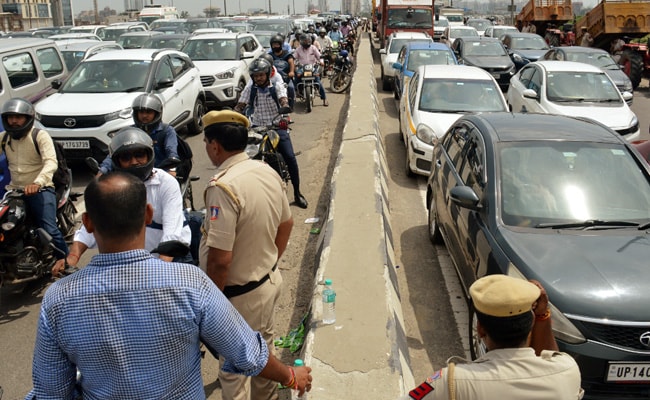 Traffic piles up near the Ghazipur border as Police personnel put up checkpoints at the border.

Special Commissioner of Police (Law and Order) Dependra Pathak said, "We have made adequate arrangements to ensure that law and order is maintained and there is no loss of life and property."

"In this connection, adequate deployment of local police and outside force has been made in outer district at Tikri border, major intersections, along railway tracks and metro stations to avoid any untoward incident," a police official said.