Delhi World's Most Polluted Megacity As Beijing Cleans Up: Report

Greater Cairo was the second most polluted large city while Mumbai ranked fourth on the list and Beijing fifth. 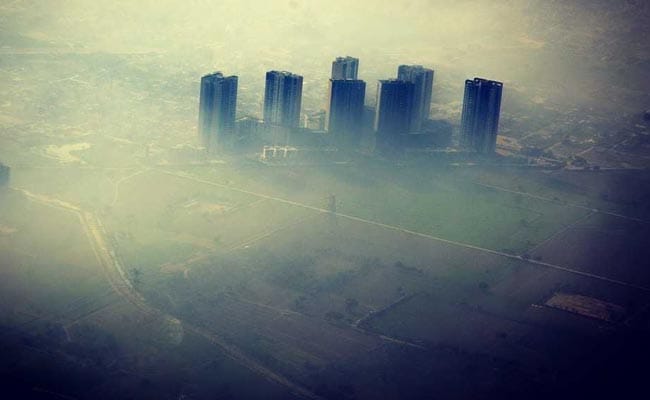 Delhi has been choked by rising automobile emissions and construction dust.

New Delhi: India's capital city of New Delhi, choked by rising automobile emissions and construction dust, was named on Wednesday the world's most polluted megacity by the World Health Organization, which analyzed the levels of the pollutant PM10 in the air in cities with populations above 14 million between 2010 and 2016.

Greater Cairo was the second most polluted large city, with India's other great mega-city of Mumbai ranked fourth on the list and Beijing fifth.

When the health organization studied data for the smaller and more deadly PM2.5 particulate matter, 14 of the top 15 most polluted cities were in India, with the industrial hub of Kanpur ranked number 1.

Nine out of 10 people around the globe were breathing polluted air, the study said, and that air pollution is responsible for the deaths of 7 million people worldwide each year, most of them living in Asia and Africa. Of those deaths, 3.8 million were from indoor air pollution from unhealthy cook stoves, a huge problem in India.

The report comes at a time when former perennial offender China, in response to citizen outrage, has taken steps to clean up its air, shuttering or reforming factories and reducing its coal consumption in favor of renewable energy. The moves helped improve air quality in Beijing and elsewhere, but at a cost - many poor people were denied coal heat during winter or lost jobs.

"There was a big step at the government level declaring war on air pollution," Neira said. "One of the reasons for that is that the health argument was very strongly presented, and the fact that citizens were really breathing air that was totally unacceptable.

"We would be very happy if we would see a similar movement now in India, which is one of the countries for which we are particularly concerned, although there are good initiatives which can be put in place quickly, still the levels are very high and we would like to see a similar decision and leadership," Neira told Reuters.

Unlike China's muscular reforms, India's efforts to address its growing air pollution problem have been more scattershot, such as the last year's temporary ban by the Supreme Court on fireworks in Delhi during Diwali, the Hindu festival of lights. The court had temporarily blocked the sales of fireworks after the previous year's revelry helped contribute to a toxic air emergency that lasted for days.

WHO did praise an Indian government program that has provided 37 million poor women with free gas connections to help them switch from coal or dung-fired clay ovens to cooking gas.