Shweta disclosed that her father had died in October. During the last rites, she came to know that human sacrifice of an infant of the same gender "could revive her father and bring him to life," police said. 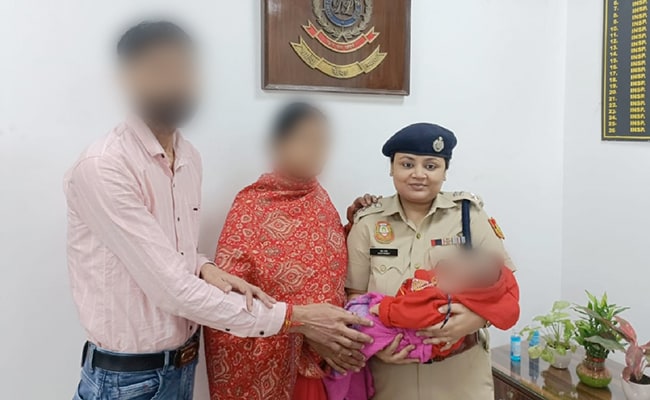 The accused has been involved in 2 cases of robbery and burglary, police said. (Representational)

A 25-year-old woman was arrested in southeast Delhi for allegedly kidnapping an infant to sacrifice him to bring her dead father to life, police said on Saturday.

The child was recovered safely from the accused, identified as Shweta, a resident of Kotla Mubarakpur, they said.

She was previously involved in two cases of robbery and burglary, police said.

On Thursday around 4 pm, information was received that a two-month-old boy was kidnapped by an unknown woman from Garhi area, they said.

According to the police, the infant's mother informed that the kidnapper met her in Safdarjung Hospital and introduced herself as member of an NGO working for Jachcha-Bachcha care.

Shweta promised to provide free medicine and consultation to the mother and the child. Later, she followed them on the pretext of examining the newly born baby, police said.

On Wednesday, the accused also came to the family's home at Mamraj Mohalla, Garhi, for the check-up of the baby.

On Thursday, she came to their home again and convinced the mother of the child to hand over the infant for outing. The mother asked her 21-year-old niece to accompany Shweta, a senior police officer said.

The accused woman came to Neem Chowk, Garhi and took the infant in her car with victim's niece Ritu. On the way, the kidnapper offered cold drink to Ritu, due to which she fell unconscious. Later, the kidnapper dumped Ritu in Ghaziabad, the officer said.

After gaining some consciousness, Ritu informed her family that the child had been kidnapped, police said.

During investigation, police checked the CCTV footage of the area and identified the registration number of the vehicle, they said.

On Thursday around 4 pm, a tip-off was received that the kidnapper would come near Arya Samaj Mandir, Kotla Mubarakpur. Police conducted a raid, apprehended the accused and recovered the infant safely, the officer said.

Shweta disclosed that her father had died in October. During the last rites, she came to know that human sacrifice of an infant of the same gender "could revive her father and bring him to life," the officer said.

To execute this superstition, she started searching for an infant boy in the area. She went to Safdarjung Hospital in maternity ward and introduced herself working in an NGO for newly born child and mother, police said.

Later, she met the victim mother. To win her confidence, she often visited the infant and the family, they said.

Will Fight Till Last Breath To Protect Constitution: Mamata Banerjee