"Bad Air Days" Down By 70 In Delhi Since 2016, Says Environment Minister

Last year, the Supreme Court had pulled up the governments of Delhi, UP, Punjab and Haryana as the capital battled the longest spell of hazardous air in two years. 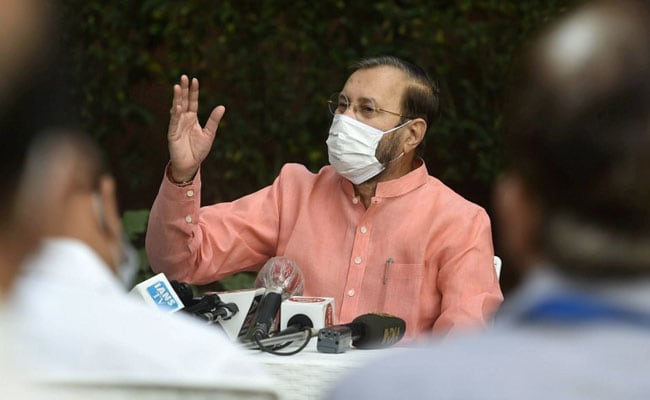 Prakash Javadekar said that to reduce vehicular pollution, a shift to BSVI vehicles will help

The number of "bad air days" in Delhi has reduced by 70 days since 2016, Union Environment Minister Prakash Javadekar said on Sunday even as Delhi pollution is on a steady rise.

Interacting with people during a Facebook Live event, Mr Javadekar said days of poor air quality has reduced from 250 in 2016 to 180 this year in Delhi.

Talking about the annual pollution spike in Delhi, he said that stubble burning for 40 days adds to the issue. He said Uttar Pradesh and Haryana are also responsible for the toxic air in the capital.

Delhi adopts various ways to tackle pollution such as the odd-even vehicle scheme.

Last year, the Supreme Court had pulled up the governments of Delhi, UP, Punjab and Haryana as the capital battled the longest spell of hazardous air in two years.

Even in 2018, Delhi air had plummeted to "severe-plus emergency" category the morning after Diwali.

Mr Javadekar said that 50 pollution control teams have been sent to UP and Haryana to check on the stubble burning.

Vehicle fumes, as well as construction and industrial emissions, also contribute to the smog in Delhi.

The minister also said that to reduce vehicular pollution, a shift to BSVI vehicles will help.

The government introduced BSVI fuel which reduces vehicular emissions by up to 60 per cent. Metro and e-buses have been introduced to reduce vehicular pollution, he said.

"The pollution problem cannot be resolved in one day. Continuous efforts needed to tackle each contributing factor," the minister said.

Prakash Javadekar also added that an Urban forests scheme for more green areas in the cities has been started adding that 15,000 sq km tree cover has been increased in the last year.