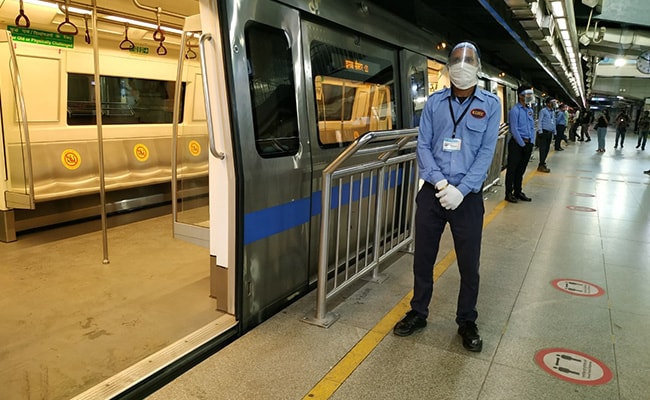 The project progress can be viewed in dashboards as well as in 3D models, the officials said. (File)

The Delhi Metro Rail Corporation has implemented a custom-made project monitoring software for monitoring the progress of work on its Ph-IV corridors and the Patna Metro, officials said on Sunday.

IPMS (Integrated Project Monitoring Software) will monitor the progress of work of all disciplines civil, electrical and mechanical, and signalling and telecommunication contract, package-wise at the chief project manager and project manager levels and corridor-wise at the directors and managing director levels, the DMRC said.

"In a major initiative towards digitalising its functioning, the Delhi Metro Rail Corporation (DMRC) has implemented a custom-made project monitoring software known as the (IPMS) for monitoring the progress of its Phase 4 corridors and the Patna Metro," it said in a statement.

Through IPMS, all the stages of project, planning, and implementation, right from the tender stage to revenue operation of each corridor will be monitored, including the issues of work front availability, such as land availability, tree transplantation and shifting of services and design status, officials said.

For this purpose, corridor-wise ''Master Construction Schedule'' has been prepared and uploaded in the IPMS, they said.

The IPMS has the features of integration of other construction-related software, such as Primavera Schedules for Project Planning and 3D BIM (Three-Dimensional Building Information Modelling) and a mobile app through which the actual progress at site on a real-time basis can be uploaded in the IPMS, the Delhi Metro said.

Role-based access is provided right from higher management to the junior engineer level through specially designed dashboards and a mobile application. The project progress can be viewed in dashboards as well as in 3D models, the officials said.

The software was launched in April earlier this year and is being used for monitoring the progress of contract packages which are awarded, and in progress. As the works get gradually awarded, they are integrated in the IPMS, the DMRC said.

Till Ph-III work, the DMRC's project monitoring was being done offline. With the implementation of this new technology, the DMRC''s engineers can now monitor the progress of work through this dedicated platform, the officials said.

Specially-designed dashboards will feature progress of all major components of construction and their status can be checked just by the click of a button, they said.

The implementation of this software will enable easier round-the-clock monitoring of projects, as the IPMS portal can be accessed from anywhere on mobiles, laptops, computers, the Delhi Metro said.

This will also help in better record-keeping and knowledge sharing among the engineers. DMRC's Vendor Payment Portal which carries all relevant information regarding payments made to the vendors will also be integrated with this platform in the days to come, the officials said.

This project by the DMRC is an excellent example of the government's Digital India as well as the ''Atmanirbhar Bharat'' initiatives. A consortium of three Indian companies has been assigned with this responsibility and the software has been indigenously developed, they said.