Justice Rekha Palli questioned the authorities for not having passed a final order yet in pursuance to the show cause notices issued with regard to the two restaurants. 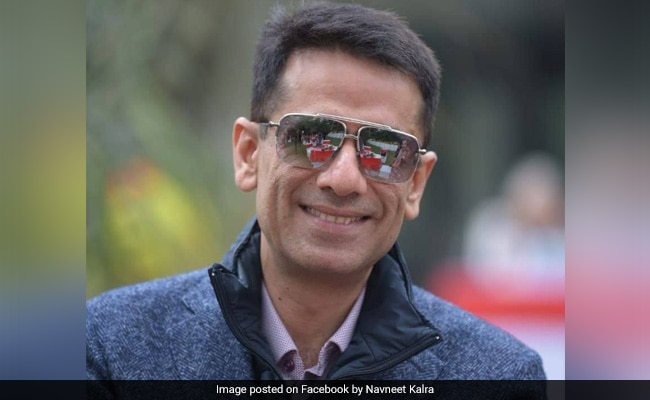 Navneet Kalra, arrested by Delhi Police on May 16, was granted bail on May 29. (File)

The Delhi High Court Tuesday asked the police to take instructions on Navneet Kalra's plea challenging the suspension of registration of his restaurants 'Khan Chacha' and 'Town Hall' in a case related to alleged black marketing of oxygen concentrators during the second wave of COVID-19.

Kalra, arrested by Delhi Police on May 16, was granted bail on May 29.

Justice Rekha Palli questioned the authorities for not having passed a final order yet in pursuance to the show cause notices issued with regard to the two restaurants.

"You compel people to come here. You should have passed an order by now. Ultimately, he wants to run them. If he is not entitled in law, please pass an order. What is this - you are involved in an FIR - and that is the end of it?" the judge said.

The high court granted time to Delhi Police counsel to take instructions and listed the matter for further hearing on July 30.

The court was hearing Kalra's plea challenging the May 11 order-cum-show cause notice issued by the Joint Commissioner of Police (Licensing) and while suspending the registration certificate to run the two eateries in Khan Market here, he was granted an opportunity to submit his reply within 15 days.

Senior advocate Maninder Singh, representing Kalra, said he submitted the response on June 9, however, since he did not hear anything from the authorities, he again wrote to them on June 17 but till date they have neither withdrawn the suspension order nor decided on the show cause notice.

He argued that the suspension was contrary to the provisions of the Delhi Eating houses Registration Regulations as it does not confer power of suspension at the stage of issuance of a show casue notice.

"There is no provision to suspend registration certificate merely on the ground of registration of FIR," he contended.

In the petition, Kalra said the order of suspension was issued without first affording an opportunity to show cause and is punitive and illegal.

"Congress Is B Team Of BJP", Says Mamata Banerjee At Tripura Rally