The road closure is causing huge inconvenience to lakhs of commuters everyday who are being compelled to take different routes for the last one month, it said. 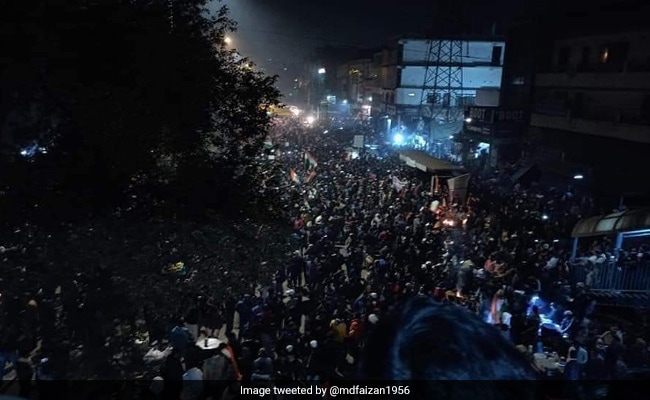 Delhi High Court Monday agreed to hear on Tuesday a Public Interest Litigation (PIL) seeking to open the arterial Kalindi Kunj-Shaheen Bagh stretch that connects Delhi with Noida and has been closed since December 15 due to the ongoing protests against the Citizenship (Amendment) Act (CAA).

The plea was mentioned before a bench, comprising Chief Justice DN Patel and Justice C Hari Shankar, which listed it for hearing on Tuesday.

The road closure is causing huge inconvenience/hardship to lakhs of commuters everyday who are being compelled to take different routes for the last one month, it said.

The petition, filed by advocate and social activist Amit Sahni, sought direction to the Delhi Police Commissioner to withdraw the closure of Kalindi Kunj-Shaheen Bagh stretch and the Okhla underpass, which were closed on December 15, 2019 for ongoing protests against the CAA and the National Register of Citizens (NRC). It was a temporary measure but has been extended from time to time.

The Kalindi Kunj stretch is quite crucial as it connects Delhi, Faridabad (Haryana) and Noida (Uttar Pradesh) and commuters who use these roads are forced to take alternative routes Delhi-Noida-Delhi (DND) Expressway and Ashram, which is causing hours of traffic jams and wastage of time and fuel, it said.

The plea said children, who take that route, are compelled to leave home two hours before school timing.

It claimed that the authorities have failed to take appropriate action to give relief to the residents of the locality and lakhs of commuters of Delhi, UP and Haryana.

Besides Delhi Police, the plea has made the Centre and the Delhi government as parties, seeking from them requisite assistance to the police in addressing the issue.

Due to the heavy traffic on alternative routes, it takes 15-20 minutes for people to cross just one traffic signal at Ashram, it said.

Citing several news reports, it said that on an average, Ashram Chowk is used by around 30,000 vehicles every day. With the Kalindi Kunj road closed, an additional 1 lakh vehicles are flowing through the intersection.

The high court, on January 10, had refused to entertain another plea seeking directions for removal of demonstrators protesting the CAA at Shaheen Bagh in order to clear the road blockages that are causing traffic congestion at the DND route.

In December, 2019, a plea was filed in the high court by advocate Bajrang Vats seeking to remove physically challenged protesters from the periphery of Mandi House and direction to open roads affected by their demonstrations for general traffic.

The court had directed that the petition be treated as representation by the authorities and to be decided in accordance with law, keeping in mind the permissions given by the police to the protestors, effect on the traffic and inconvenience caused to the public at large.