The plea has urged the court to set aside Manish Sisodia's election as void, and to declare runner-up Ravinder Singh Negi as the successful candidate. 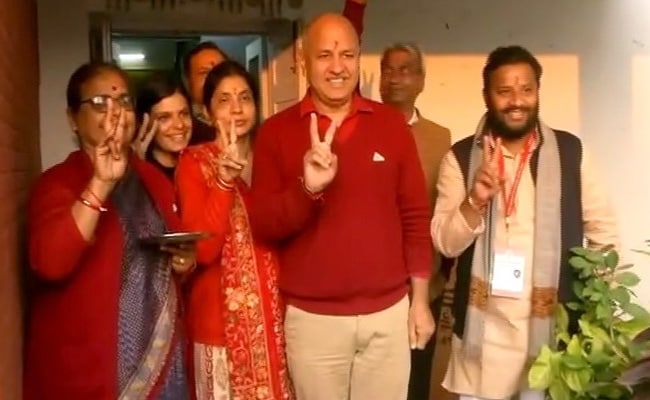 Manish Sisodia did not disclose a pending criminal case against him, the petition said (File)

The Delhi High Court Friday sought response from Delhi Deputy Chief Minister Manish Sisodia on a plea challenging his election from the Patparganj constituency in the Delhi Assembly polls.

The plea has urged the court to set aside Mr Sisodia's election as void, and to declare Mr Negi as the successful candidate as he was the runner up.

Manish Sisodia did not disclose a pending criminal case against him under Prevention of Insults to National Honour Act (PINH), 1971, in the affidavit filed along with his nomination form, Mr Negi said.

The plea alleged that Mr Sisodia used his position to stall the sanction for prosecution in the case for long, or else conviction under offence of PINH Act could lead to disqualification from contesting polls.

It said that by hiding the case against, Mr Sisodia and his party have not complied with the top court order which requires political candidates to publish their criminal antecedents, therefore the election should be declared void.

Mr Negi also alleged that the returning officer ignored his objections and refused to cancel the Manish Sisodia's nomination on the basis of non-disclosure of mandatory information and non-compliance to guidelines.

"It is pertinent to mention that concealment and non-disclosure of criminal cases is also an offence under Section 125A of the Representation of People Act, 1951," the petition said.

The plea claimed that Mr Sisodia's nomination form was defective as he provided false information regarding his residential address and "columns relating to various mandatory information have been left blank in the nomination form".

Mr Negi has also alleged that Mr Sisodia has violated poll campaign norms by canvassing during 48 hours prior to the date of polling in violation of the guidelines which prohibit such practice.

In his plea, Mr Negi has said that as per Section 126 of the Representation of People's Act, 1951 no one is permitted to get undue advantage by way of any kind of election advertisement for making appeals to the voters to cast their votes in their favour before the 48 hours of the conclusion of the polling day.

He has alleged that despite reminders to the MCMC and RO to ensure implementation of section 126, they took no action and the AAP leader continued canvassing activities till the date of polling -- February 8.