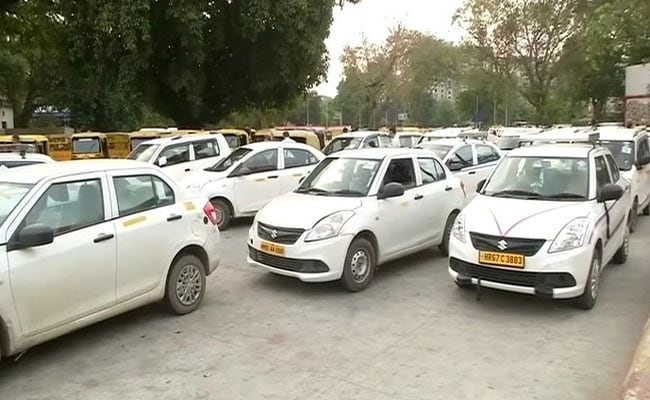 Drivers with less than 3.5 ratings for 1 year should undertake remedial trainings. (File)

The Delhi government's draft aggregator policy mandates transition to an all-electric fleet for cab companies, food delivery firms and e-commerce entities by April 1, 2030 and proposes a fine of Rs 50,000 per vehicle if a company fails to make the transition.

The draft policy titled 'Delhi Motor Vehicle Aggregator Scheme' has been uploaded on the Transport Department's website with the government inviting feedback on the scheme within the next three weeks.

The draft policy also lays down guidelines for cab aggregators to take action against errant drivers.

"Aggregator shall be required to take appropriate action against the driver partners having 15 per cent or more grievances for the rides undertaken by him/her in a period of one month. The data so referred shall be stored/collected by the Aggregator for at least three months from the date of service provided," it said.

For drivers having a rating less than 3.5 over a period of one year, the policy mandates that the aggregator should undertake remedial trainings and corrective measures to rectify the issues.

The policy mandates that 10 per cent of the new three-wheelers on boarded by cab aggregators should be electric vehicles within the first six months of the notification of the policy and 100 per cent within four years of the scheme notification.

"All new three-wheelers on boarded for passenger transport by the aggregators after completion of three years of the notification of the scheme, shall only be electric three-wheelers. Further, the Aggregator shall be required to transition to an all-electric fleet by April 1, 2030. The existing conventional vehicles on boarded by the Aggregator shall be liable for fine and challan..." it said.

The draft also states that the aggregators shall be allowed to charge a fare with maximum surge pricing but it should not be "exceedingly twice the base fare as specified by the Transport Department, GNCTD from time to time".

The policy also states that aggregators providing on-demand service for passenger transportation shall ensure appropriate functioning of the GPS installed in the vehicle and provide efficient resolution for any issues that may develop in its functioning.

"Aggregator shall ensure that the Driver plies the vehicle on the route assigned on the App and in non-compliance of the same, shall notify the Driver and the Rider on their respective mobile applications.

Aggregator shall put in place a mechanism on the App to ensure that the identity of the Driver undertaking a trip is the same as the one enlisted with the Aggregator through verification or confirmation from the Rider before the commencement of each trip," it said.

While stressing that the app developed by the aggregator must be compliant with the laws, it said that aggregators providing passenger transport service shall establish call centres with valid telephone numbers and operational email addresses displayed clearly on the app with 24x7 operations wherein assistance shall be provided to the end-user and the driver in English and Hindi languages.

"Aggregator shall extend utmost cooperation with investigating authorities in relation to any untoward accident or incident jeopardizing a Rider's safety, which may have arisen due to some act or omission of the Driver on an assigned trip," it read.

The policy also seeks to empower the Transport Department to call for information and documents from the aggregator in any incident where the end-user has reported a complaint against the driver, or services provided by an aggregator, pursuant to prior written notice.

"The Transport Department, GNCTD, shall provide access to a web-based portal to enable the Aggregator to update the details of vehicles, and Drivers integrated with them. Notwithstanding anything contained in this part, the Transport Department, GNCTD, shall in consultation with relevant regulatory authorities, lay down additional conditions for Aggregators from time to time," it said.

Aggregators involved in passenger transport shall establish an Operating Centre or Command & Control Centre (CCC) or Information Centre in the national capital that will be functional 24X7.

The policy also said that the Operating Centre/CCC should be able to access and provide all data through a portal access of the aggregator to the Transport Department, with regards to all the grievances/complaints lodged by the rider(s)/consumer(s) and the action taken to remedy the same.

"Further, the Operating Centre/CCC should be able to access all data with regards number of vehicles in operation, number of other state vehicles providing services in the NCT of Delhi, trips taken from NCT of Delhi, and further analytics of the data. Such data may be required by the Transport Department, GNCTD with prior written intimation... The Aggregator should provide the Transport Department, GNCTD, with a web-based access of the grievance redressal process undertaken by the Aggregator," it said.