The Delhi Nurses Federation (DNF) said it is a "symbolic strike" that will be held from 9-11 am from November 2-4. 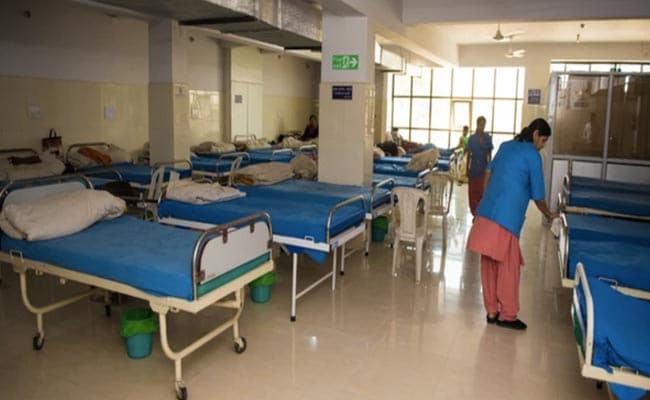 The DNF had carried out a march till the Delhi secretariat to press for their demands. (File)

Services were briefly affected at various Delhi government-run hospitals as scores of nurses held a strike on Wednesday to put forth their demands which include regularisation of services and long-due promotions.

The Delhi Nurses Federation (DNF) said it is a "symbolic strike" that will be held from 9-11 am from November 2-4.

However, emergency and ICU services were not affected as nominal staff worked to render these two services, DNF secretary general Liladhar Ramchandani said.

"OPD services and wards will be impacted due to the nursing staffs' strike that began today," he said in the morning. Ramchandani said all major city government-run hospitals have joined the call given by the DNF.

At G B Pant Hospital and Dr BSA Hospital, many nurses sat together and raised slogans to pitch for their demands.

Mr Ramchandani said there were 8,000 sanctioned posts, but 6,000 nurses are working.

"Three new hospitals have come up and the staff from the other government hospitals has been diverted there. There has been an addition of beds, but no addition to nursing staff," he claimed.

The DNF had recently carried out a march till the Delhi secretariat to press for their demands, including regularisation of services, promotions that are long due and creation of new posts.

"The Arvind Kejriwal government's health secretary and health minister are not serious about the problems of nurses. That is why, there will be a symbolic strike," the DNF had tweeted on Tuesday. "We apologise for the inconvenience and difficulty that patients will have to face during the strike," it said.