"Momentum Has Picked Up": Delhi Poll Official To NDTV Amid Low Voter Turnout

Political leaders across the spectrum posted messages urging voters to come out and exercise their franchise, with Prime Minister Narendra Modi and Delhi Chief Minister Arvind Kejriwal leading the way 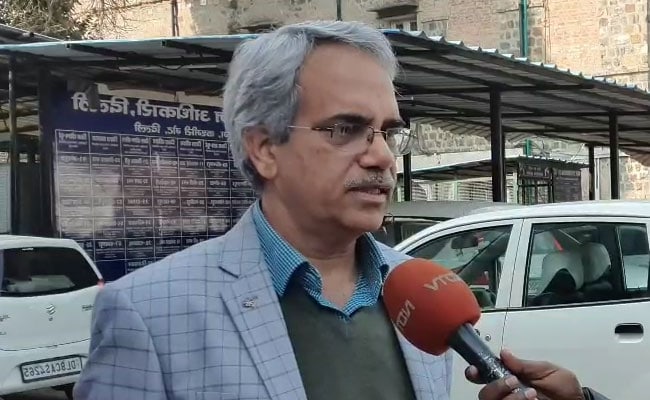 Delhi Assembly elections are proceeding "smoothly" Delhi Chief Electoral Officer Ranbir Singh told NDTV this afternoon, adding that he was "optimistic" that more people will come out to vote as the day winds down. Delhi is voting in Assembly polls today but turnout has been poor, with 41.5 per cent recorded till 3 pm. This is around 10 per cent lower than levels recorded for the same time in 2015.

"The election is going smoothly. The morning was slow... maybe because it was cold (but) now the momentum has caught (on). I hope the voter turnout is better (towards the end of the day) They will come out and vote. I am very optimistic," Ranbir Singh, who cast his vote from the city's Jangpura area, said.

Mr Singh also reminded voters that booths would stay open till 6 pm and "we (polling officials) will ensure that everyone who comes to the booths will be able to cast their vote".

However, voters appear reluctant to head to these booths; turnout has been below 2015 levels from the start, with 4.33 per cent at 9 am against 5.4 per cent for this time five years ago. The figure jumped to 16.36 per cent by 11 am but was still behind the 19.6 per cent recorded in the last election.

Leaders across party lines have posted messages urging voters to come out and exercise their franchise, with Prime Minister Narendra Modi and Delhi Chief Minister Arvind Kejriwal leading the way.

PM Modi called on the people of Delhi and "especially my young friends" to vote in record numbers.

Urging the people of Delhi, especially my young friends, to vote in record numbers.

Mr Kejriwal, who cast his vote from the Civil Lines area at around 9 am, made a similar appeal earlier today. The Chief Minister repeated his appeal later in the day as turnout continued to be sluggish.

Congress leader Priyanka Gandhi Vadra also appealed to voters, telling them not to be "lazy" and that it was "extremely important to go out and vote".

Election officials have done their part too, with messages sent to registered voters' mobile phones.

Low voter turnout is seen by many as being favourable towards the incumbent - in this case Mr Kejriwal's AAP (Aam Aadmi Party). That said the 2015 polls saw a record turnout of 67.12 per cent to re-elect the AAP after its short-lived first stint in power.

Today's polling marks the end of a bitterly fought campaign that saw coarse language, hate speeches and communally-charged attacks, with four BJP leaders - including UP Chief Minister Yogi Adityanath and Union Minister of State Anurag Thakur - get notices from the Election Commission.

Election results will be declared on February 11.