Delhi's Aquila restaurant said Anita Choudaary who went public with her allegation had assaulted a staff member as seen on CCTV video and another staffer incorrectly made the dress code comment to "tackle" the situation. 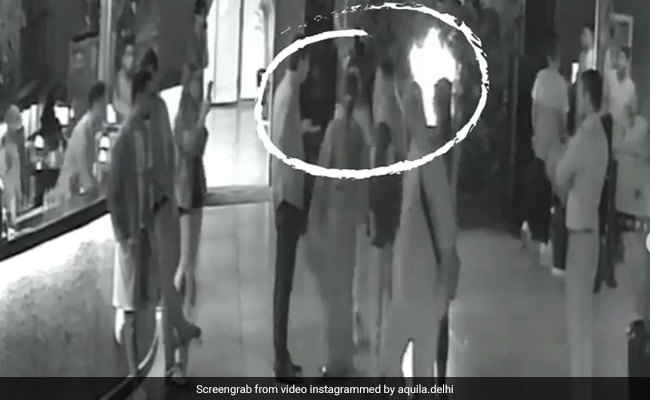 A video that shows a Delhi restaurant apparently refused entry to a woman wearing a saree, contending the attire did not conform to their dress code, is a massive misrepresentation of events that transpired, the eatery has said. It posted its side of the story after an outcry on social media.

Outrage over a 16-second clip posted on Facebook on Monday was quick to spread after it showed a staffer at Delhi's Aquila restaurant telling the person filming: "Ma'am, we allow only smart casual and saree is not counted as smart casual."

Sharing the video on Facebook, a woman called Anita Choudaary alleged that she was not allowed to enter the restaurant at Delhi's Ansal Plaza on Sunday, because she was wearing a saree. In the video, she is heard saying in an agitated manner, "Show me that saree is not allowed."

"I have never been insulted like this. I also feel hurt," she wrote.

Ms Choudaary, according to her Facebook profile, is a creative director at Doordarshan National.

After her post went viral, the restaurant faced an intense backlash with people calling out the eatery on social media as well as food aggregator platforms like Zomato.

The restaurant, however, claimed the incident was misrepresented and said the establishment believed in "honouring our Indian community and have always welcomed our guests in all dress codes from modern to traditional".

In a post on Instagram on Wednesday, the restaurant clarified their side of the story, saying the "10-second" clip posted by Ms Choudaary was part of a conversation that lasted for "one hour".

Posting CCTV footage of the incident, they said the woman assaulted a staff member and another staffer incorrectly made the dress code comment to "tackle" the situation. Sources told NDTV that she has been sacked and made to apologise to the customer for the 'saree' comment.

"We chose to stay silent till now and have been patiently watching the situation related to the incident that took place at Aquila on September 19 unfold.

"A guest visited the restaurant and was politely requested to wait at the gate as there was no reservation under her name. However, while we discussed internally as to where we could seat them, the guest entered the restaurant and began to fight and abuse our staff. What unfolded after was beyond our imagination, with the guest slapping our manager," the restaurant wrote on its Instagram post.

It has also added a separate video where women wearing sarees are entering the restaurant.

"To tackle the situation and request the guest to leave, one of our gate managers made a statement on sarees not being a part of our smart casual dress code and our whole team apologises for the same," the statement said.

"Aquila is a homegrown brand and each member of the team stands tall as a proud Indian. Our gate manager's statement in no way is a representation of the entire team's view on the dress code.

"Nowhere in our company policy does it say that we will refuse entry to anybody in ethnic wear. While we have all the right to take steps for the violence by the guest against our staff, we have chosen to maintain peace so far but in accordance with our policy of maintaining transparency with our stakeholders we are now issuing this statement," the restaurant said.